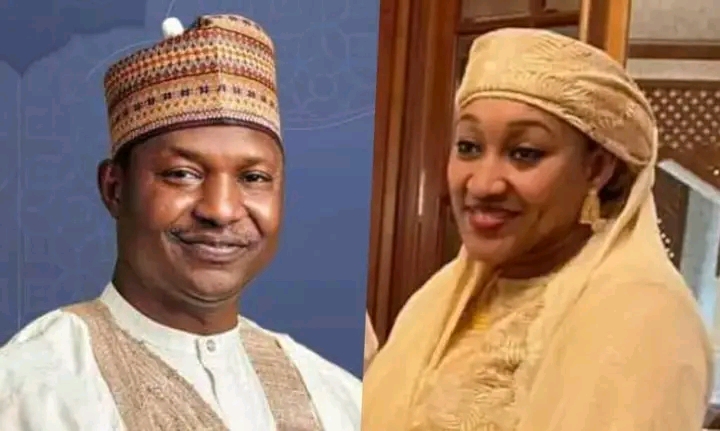 The Attorney-General of the Federation and Minister of Justice, Abubakar Malami, on Friday, got married to Nana Hadiza, the third daughter of President Muhammadu Buhari.

A Spokesman for the President, Garba Shehu, confirmed the wedding to our correspondent on Friday.

“It is true. The AGF got married to the President’s daughter,” he said.
Hadiza is Buhari’s daughter from a previous marriage and now the third wife to the AGF.

She is said to have been previously married and has six children.
It was gathered that the private Nikkai ceremony took place at the Presidential Villa, Aso Rock.

About two months ago, Malami, who was nursing a governorship ambition in his home state – Kebbi – said he had withdrawn from the 2023 Kebbi State governorship race.

Malami, a lawyer from Kebbi State who was hardly known before 2015 when he was appointed into the administration of Buhari, is today one of the richest men in the cabinet.

In 2020, a series of detailed investigations carried out by SaharaReporters showed that Malami had acquired several properties whose value run into many billions of naira since being appointed into the administration of President Buhari as Nigeria’s chief law officer. 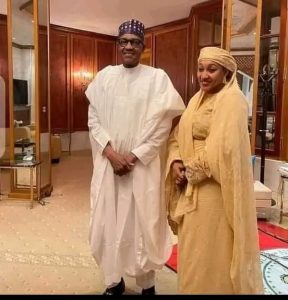 For example, the AGF has an underground hotel in Sokoto, three houses at Peace Estate, Abuja, a brand-new state-of-the-art school in Kebbi, two houses for his sons worth N100 million each and a new hotel under construction in the Jabi area of Abuja.

Malami also bought a house worth N150million in the Gwarimpa area of Abuja.

A school located at the back of NITEL in Gesse Phase 1, Birnin Kebbi and a house worth N600 million on Ahmadu Bello Way, Nasarawa GRA, Kano, are among properties acquired by Malami since he became a minister under President Buhari.

The houses he built for his sons in Kebbi are 200 metres apart in a posh part of the city.
That is not all. Malami also built N3billion multipurpose event centre in Kebbi State named Azbir Arena, for his son.

The facility is said to be an entertainment centre with a plaza and a kids’ playing section.

This is apart from Rayhaan Hotel located on Zaria Road, opposite Aminu Kano Teaching Hospital, which the AGF massively upgraded using unexplained wealth.

Ever since SaharaReporters published a series of detailed reports exposing these illicit acquisitions, the online news medium has been a target for the AGF’s camp. 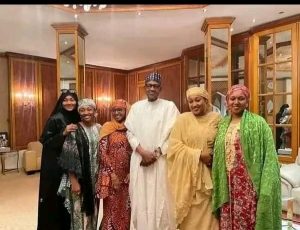 Apart from falsely claiming to have sued SaharaReporters over the expository reports he said had damaged his reputation before the world, Malami also issued a petition to the former Inspector-General of Police, Mohammed Adamu, on the issue to arrest the publisher of the online newspaper, Omoyele Sowore.

Despite these questionable acquisitions, Malami continues to portray a saintly stance in the Buhari government whose fight against corruption has been called into serious question in recent times.