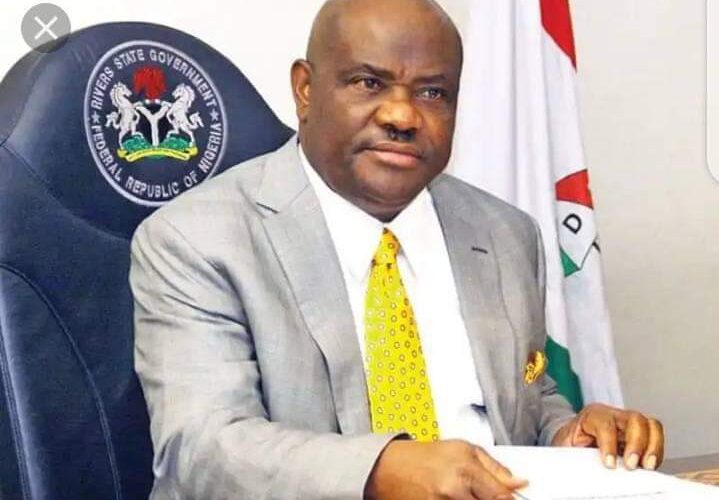 Governor Nyesom Ezenwo Wike (New) was spotted yesterday in Port Harcourt in the midst of Governors Sanw-Olu of Lagos, Akeredolu of Ondo and Kayode Fayemi of Ekiti States. The trio are some of the faces of tragically traumatised nation dripping in blood. The criminal behemoth enterprise called the All Progressives Congress (APC) and its permanently detached President Muhammadu Buhari are now enveloped in economic and security conundrum upon which they deceived Nigerians in 2015/2019 with treacherous propaganda that has now become their albatross.

President Muhammadu Buhari and APC fraudulently navigated their way into the nation’s Presidency on the premise that they would fight terrorism and all other forms of security threats, revamp the economy and uproot corruption from our body politics. Today, Nigeria has been submerged into the worst cesspool of abominable corruption, economic collapse and unrelenting bloodbath never witnessed in the history of humanity.

Suddenly – the Nigerian version of Germany’s Adolf Hitler’s enfant Terrible – Alhaji Lai Mohammed has gone into cul-de-sac! He no longer tell Nigerians that Boko Haram, ISWAP, Bandits and Fulani terrorists groups are technically defeated! He’s now leaking his massive wounds over the crashed economy, the nose-diving national currency, the spiking prices of diesel, kerosene, premium motor spirit (PMS), and the ruination of the nation’s security architecture. The Boko Haram terrorists embracing Nigerian Military, Navy, Airforce, DSS, Police, NSCDC and the Prison service are all now victims of the ethnically composed security apparatus of the APC administration in the country.

Without mincing words, Governor Nyesom Wike has written his name in gold with his impressive presidential campaign even though he came second to Alhaji Atiku Abubakar having been betrayed by those he helped to climb political ladder into various offices. Jumping the gun into the monstrous APC, a party that has pauperised a thriving nation before its accidental victory in 2015/2019 can’t be an option to Governor Wike whose worldview is humanitarian, egalitarian and development in government.

Buhari/APC should be apologising to Nigerians for orchestrating the current mayhem, avoidable woes and misery deliberately visited on the previously thriving nation and its people in all ramifications.

Least we forget, below is the statistics on how the APC met the country in 2015 and what it is now in 2022:

The likes of Dr Kayode Fayemi who holds PhD in security and war studies, having been a Minister and Governor between 2015 and now without visible strategy on how to curtail security challenges should be bowing his head in shame rather than visiting Governor Nyesom Wike in Rivers State, wooing him to join the APC.

It is this type of Dr Fayemi’s and his fellow Governors’ on your-face-impunity that led President Buhari into exiting the country on a foreign jamboree when the country is virtually taken over by terrorists after his convoy was attacked as well as Kuje Prison on the same day.

Interestingly, Nigerian youths are ‘OBEDIENTLY’ saying enough of the slave market democracy which negates the surface realities of democratic rule while maintaining fidelity to the internal format of classical slavery.

Governor Wike should avoid the leprous, monstrous APC in his own enlightened self interest, in the interests of Nigerians and posterity.

Erasmus Ikhide contributed this piece from Lagos via: ikhideerasmus@gmail.com