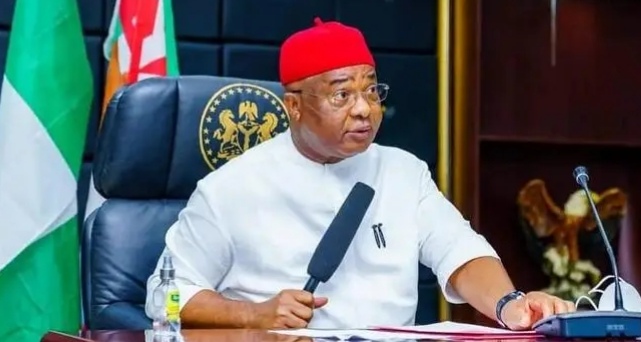 ….. We are Obedient to APC not to any individual or political party, Says Hope Uzodimma

The Imo state has hit the ground running in preparation for the electioneering campaign ahead of the 2023 general elections.

A stakeholders meeting was held in the state where Governor Hope Uzodimma gave assurances that the APC will win all elective offices in the state and beyond The governor also stated that APC members are loyal to their party and not to any individual or any other party in the state.

In owerri, Governor Hope Uzodimma of Imo state has declared that Imolites are obedient to the All Progressives Congress (APC) ahead of the 2023 general elections.

Senator Uzodimma was making reference to the popular slang used by supporters of Peter Obi, Labour Party presidential candidate who identify themselves as ‘Obidients.’ Governor Uzodimma says Imolites will vote APC in the 2023 general elections.

The governor was quoted as saying in a statement obtained by Hotmedia.ng.

“We are APC members, we are obedient to APC not to any individual or any other political party.”

Governor Uzodimma noted that it is imperative that the APC becomes formidable for the party to win come 2023.

According to him, the APC is a household name in the state and in the country, adding that with its achievements over the years, the people will vote massively for the party and its candidates.

The governor called on all to work for Bola Tinubu to ensure a landslide victory in the 2023 elections.”

According to Governor Uzodimma, the issue would have been since resolved if the Independent National Electoral Commission record-keeping is efficient, and its server functional.

He said there would have been no need for Tinubu to make fresh submissions of his documents having done so in the past.

Last week in another development, Igbo group vows to vote Bola Tinubu in presidential election Meanwhile, the Ndigbo in APC Lagos, have expressed assurance to vote en-bloc for Tinubu in the 2023 presidential poll.

The leader of the group and aide to Governor Babajide Sanwo-Olu, Joe Igbokwe, made the declaration at a crucial and special meeting of the group, held in Ikeja, Lagos. Those in attendance were the group’s coordinators, women leaders, vice chairman, board of trustees members, youth leader, Ndi Ezes, among others.