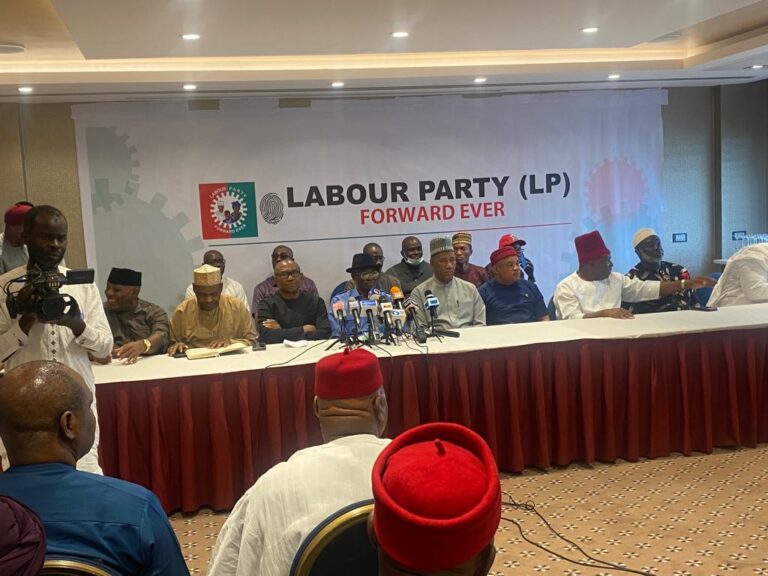 The event took place on Friday morning in Abuja.

Baba-Ahmed who hails from Zaria, Kaduna State in Nigeria’s North West, is a 46 year old academician, businessman and politician. He was a member of the House of Representatives between 2003 and 2007, and was elected Senator for Kaduna North, in Kaduna State, Nigeria, in April 2011 on the ticket of the Congress for Progressive Change. 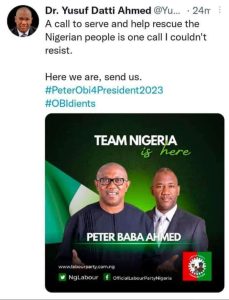 He was a member of the Peoples Democracy Party and one of the presidential aspirants until last May when, like Peter Obi, he withdrew from the contest before the party’s national convention.

After his nomination as the Labour Party candidate, Obi had submitted the name of his Campaign DG, Dr. Doyin Okupe as his VP placeholder.
Baba-Ahmed has four degrees; a BSc and MSc in Economics from University of Maiduguri, a MBA from University of Wales, Cardiff and in 2006, he successfully completed his PhD studies, earning the title of Doctor of Philosophy at the University of Westminster.

After his service year at University of Agriculture Abeokuta, Ogun state, he worked as Projects Co-ordinator, Baze Research and Data Services Ltd. and as Officer II in the Nigerian Security Printing and Minting Company, Lagos.
He worked as a Banking Officer, First Bank of Nigeria Plc from July 1997 to Dec 1998 and then came back to become the Managing Director of Baze Research and Data Services Ltd in July 1999 – January 2003, before venturing into politics.

In 2015, Sen. Yusuf Baba-Ahmed was appointed as Chairman, Board of Trustees (BOT) of the National Youth Service Corps (NYSC) Hope Alive Foundation – which campaigns for post-service economic survival of corps members who suffered permanent disability during service.

His companies employ a total of over 1000 people including expatriates, and highly skilled professional Nigerians from the Diaspora. 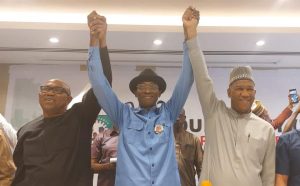 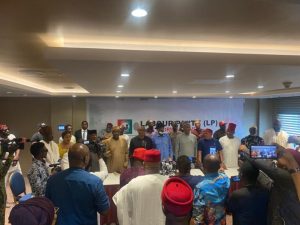 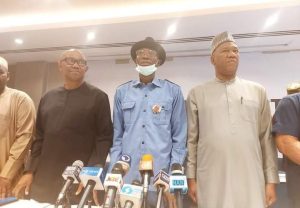