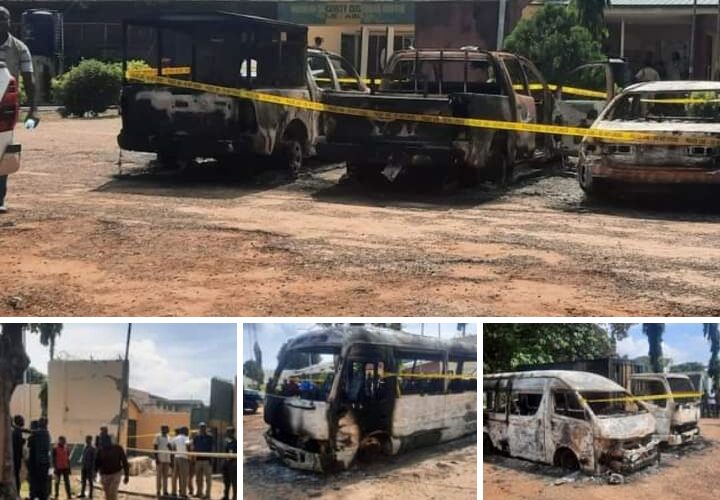 The United Kingdom the and United States of America have warned their citizens residing in Nigeria to avoid Abuja Airport Road due to Tuesday’s attack on Kuje prison by terrorists.

In the video, the terrorist group showed some of its men shooting their way into the facility.
Hundreds of inmates were freed by the assailants including Boko Haram terrorists.

The Foreign, Commonwealth & Development Office on the UK government website Wednesday advised British nationals in Nigeria that the best defence against insurgency and terrorist attacks in the West African country is to stay away from violent situations and locations in the country.

“You should be extra vigilant if attending upcoming sporting events, which are likely to have heightened security and large crowds of people,” the UK government warned its citizens,” it said.

The US Government also advised its citizens to maintain high-security awareness for the next two weeks and avoid unnecessary travel on the Abuja Airport Road.

“On the night of July 5, 2022, an attack on Kuje Prison freed a large portion of the estimated 1,000 prisoners. The prison lies approximately 27 miles southwest of the Central Business District. An increase in crime is expected in and around Abuja.

“It is recommended that U.S. citizens should maintain a high state of personal security awareness for the next two weeks and avoid unnecessary travel on the airport road.

“If you’re working in Nigeria, you should follow your employer’s local security guidelines. You are strongly advised to take professional security advice, be vigilant at all times and review your security measures regularly.

Keep others informed of your travel plans and vary your routines. Make sure your accommodation is secure and consider pre-deployment training or travelling under close protection,” the US government travel advisory to its citizens said.