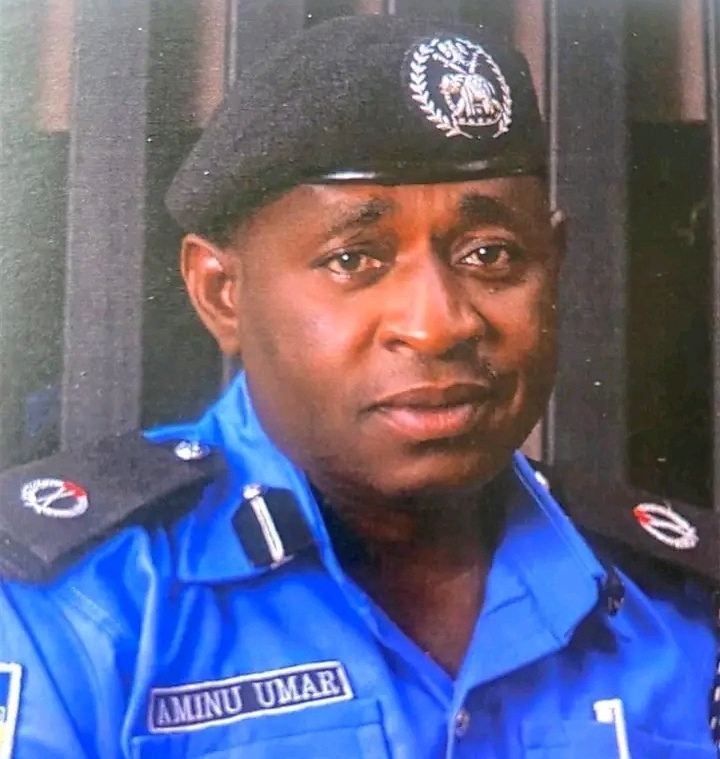 An Assistant Commissioner of Police and Area Commander for Dutsinma, Katsina State, ACP Aminu Umar and one other officer were killed by Islamic terrorists on Tuesday.

The officers were reported to have been killed in an ambush by the terrorists in the Safana Local Government Area of the state.

Suspected terrorists on Tuesday attack the advance team of President Muhammadu Buhari in Dutsinma area of Katsina state, killing an Area Commander and another police officer.

The Buhari’s advance team was on its way to Daura as president prepares to visit his hometown for Eid-l-kabir festival.

Shehu said, “The Presidency has described as sad and unwelcome, the shooting incident near Dutsinma, Katsina State, at the convoy of cars carrying the Advance Team of security guards, protocol and media officers ahead of the President, Muhammadu Buhari’s trip to Daura for Sallah.

“The attackers opened fire on the convoy from ambush positions but were repelled by the military, police and DSS personnel accompanying the convoy.

“Two persons in the convoy are receiving treatment for the minor injuries they suffered. All the other personnel, staff and vehicles made it safely to Daura.

“But the spokesman of the Katsina State Police Command, Gambo Isah, in a separate statement, confirmed that the Police Area Commander for Dutsinma, Aminu Umar, and one other were killed in the ambush.”

But the spokesperson of the police in Katsina state, Gambo Isah said the attackers killed two police officers.

Isah did not include in his statement that the attack was on the presidential team.

The statement read, “Today (Tuesday), July 5, 2022 at about 11.30am, a distress call was received that terrorists numbering over 300, on motorcycles, shooting sporadically with AK 47 rifles and General Purpose Machine Guns, ambushed ACP Aminu Umar, Area Commander, Dutsinma and team, while on clearance operation of recalcitrant bandits/terrorists, in Zakka Forest, Safana Local Government Area of Katsina state.

“Consequently, the Area Commander and one other gallantly lost their lives during a cross exchange of gun fire.

“The Commissioner of Police, Idrisu Dauda, on behalf of the officers and men of the command, expresses his deep sympathy to the family of the deceased and pray to almighty Allah to repose their souls in Jannatul Firdausi.”

“He reaffirms the Nigeria Police Force’s commitment to the ongoing onslaught against terrorism in the state until it is completely routed out, please.”
Meanwhile, Hotmedia.ng gathered that the remains of the Area Commander would be buried according to Islamic rites on Wednesday.