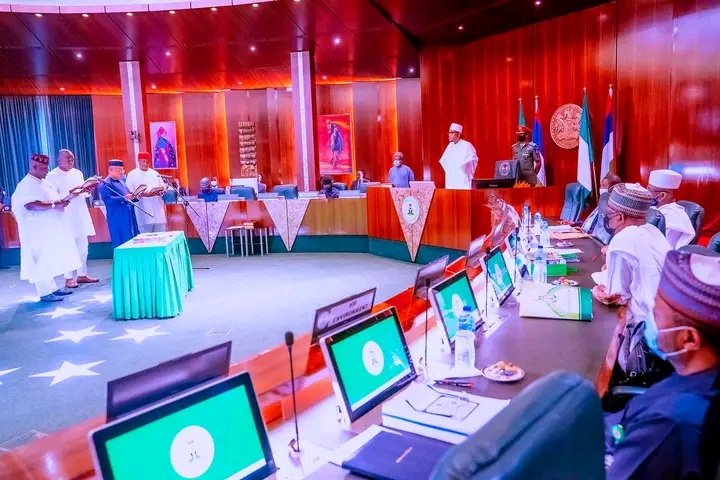 President Muhammadu Buhari on Wednesday reshuffled his cabinet, seven months before the 2023 presidential election in the country.

The President also administered an oath of office to seven newly appointed ministers recently confirmed by the Senate.

The new ministers took the oath of office shortly before the commencement of the Federal Executive Council Meeting at the Council Chamber.

He urged the new ministerial appointees to consider their emergence as a call to duty that demands diligent service to the nation. 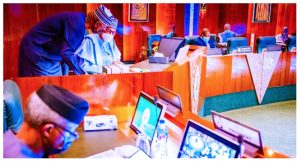 The new ministers replace those who resigned their appointments to contest for various elective offices during the 2023 general elections in April.

Before the council meeting, a minute of silence was observed in honour of the outgoing Secretary-General of OPEC Mohammed Barkindo who died on Tuesday evening, hours after meeting with Buhari.

The Head service of the Federation Folashade Yemi Esan and other Ministers are attending virtually from their various offices in Abuja. 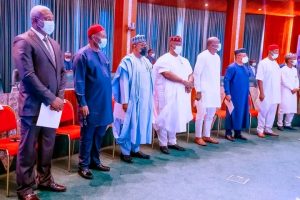 President Muhammadu Buhari on Wednesday assigned portfolios to seven newly appointed ministers, charging them to serve the nation diligently, maintain unalloyed loyalty to the country and office of the President.

The President also announced the reassignment of portfolios in his cabinet, saying the new redeployment is aimed at reinvigorating certain sectors where the government desires to accomplish improved results.

Speaking at the swearing-in ceremony, which preceded the virtual Federal Executive Council (FEC) meeting, the President said as his administration is now on the home-stretch of its second term, more work still needs to be done in diverse areas of the economy and national life.

President Buhari urged the newest members of his cabinet to consult and collaborate with older cabinet colleagues and focus on driving key programmes already initiated by this administration.

He also warned all members of the cabinet against corrupt practices, reiterating that public officers must be above board and those caught in cor 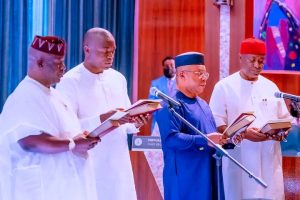