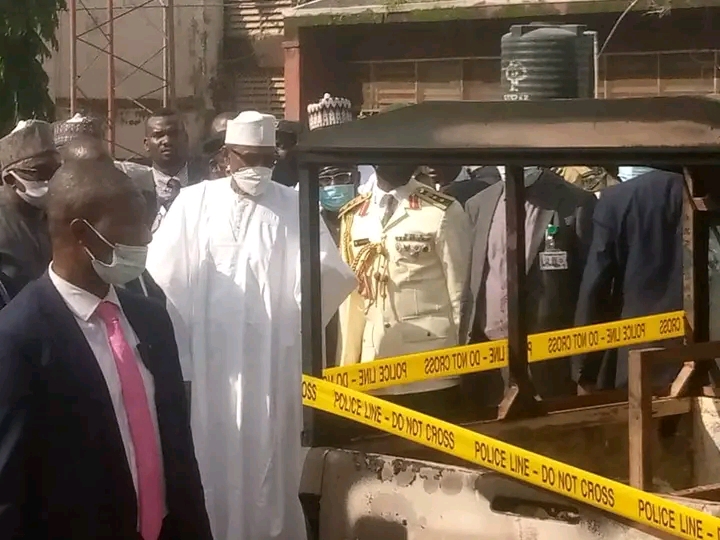 Over 100 terrorists had, on Tuesday night, attacked the facility, freeing hundreds of inmates, among them fellow terrorists.

No fewer than five persons were reported killed on Tuesday night after terrorists, numbering over 200, bombed the Kuje Medium Security Custodial Centre of the Nigerian Correctional Service, NCoS, in Abuja.

Among those killed was a civil defence personnel attached to the facility, while four inmates, said to have attempted an escape, were also killed.

About 879 inmates had escaped from the facility. However, 443 of them were reportedly recaptured, while the same number are currently still at large.

Spokesman of the Service, Chief Superintendent Abubakar Umar, in an updated statement, added that suspended Deputy Commissioner of Police, Abba Kyari, and other high profile inmates are still in custody, contrary to reports that he had escaped.