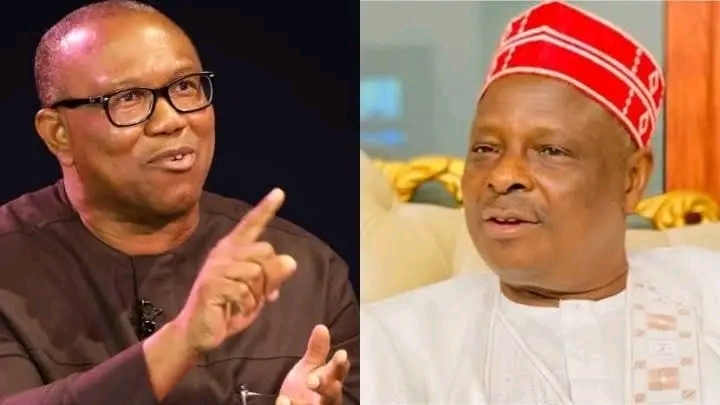 NNPP and LP are currently discussing a possible coalition ahead of the 2023 presidential election in a bid to defeat the two major political parties, the ruling All Progressives Congress (APC) and the Peoples Democratic Party (PDP).

While Kwankwaso’s candidacy is currently gaining momentum in the northern part of the country, Obi is gaining popularity among the youths.

Speaking while inaugurating the Gombe State office of NNPP on Saturday, the former Kano Governor said his political profile built over the years and his wealth of experience having served in various capacities in the country have helped in bringing NNPP to the limelight within a short time.

He stated that with the fame the party had achieved within the short time, anything short of his presidency under the party would mean its collapse.

“From the discussion with Labour Party, the main issue was who becomes the president if the parties merge.

“At the end of the day, some of our representatives thought that there should be criteria in terms of age, qualification, offices held, performance and so on.

“Of course, the other side wouldn’t want that. Most of the people from there believe that presidency has to go there (South-East)

“If now I decide to be vice presidential candidate to anybody in this country; NNPP will collapse because the party is based on what we have built in the last 30 years

“I served for 17 years as a civil servant; we are talking of 47 years of very serious hard work, that is what is really holding NNPP now,” he said.