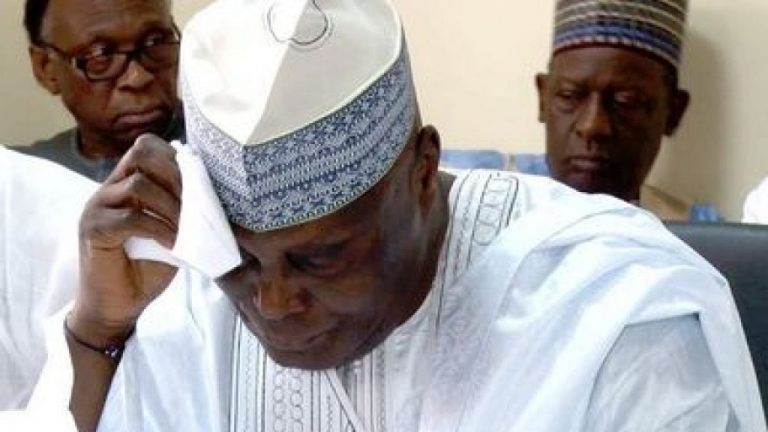 Information reaching Hotmedia.ng Media says that More Trouble For Atiku As 6 Governors Move Against Him, May Dumps The Party

The brewing crisis in the People’s Democratic Party (PDP), took a new dimension last month following the announcement of Ifeanyi Okowa as the running mate to Atiku Abubakar, the presidential candidate of the party.

It was gathered that the widening gulf has now pitted six PDP governors, predominantly from the South, against Atiku’s presidential bid.

Words on the street (not confirmed) have some of the governors such as Nyesom Wike of Rivers State; Samuel Ortom of Benue State; Ifeanyi Ugwuanyi of Enugu State; Seyi Makinde of Oyo State and Ishaku Darius of Taraba and Okezie Ikpeazu of Abia State, on the list of governors unwilling to support Atiku’s bid.

Confirming the bad blood in the rank and file of the party, Ortom had, during the week, said he might not work for the actualization of Atiku’s presidential bid.

He said: “All that was needed even before the pronouncement, after we did our recommendation, Wike would have been reached out to, he is a human being.

“This is a man who has built the party today in PDP. He has fought all night and all day to see that this party remains together. So, he would have been reached out to, to say that this is the decision we are taking and this is the reason we are making this decision, and I think he would have understood.”

Hotmedia.ng also gathered that trouble started when Ayu was elected national chairman of the PDP as against the party leaders’ agreement to zone the chairmanship of the North, while the South, like the All Progressives Congress (APC), would produce the presidential candidate.

Report has it that as soon as Ayu assumed office, he jettisoned the arrangement he inherited and started working for the emergence of Atiku, who is seen as his close political ally, to emerge as the candidate. A source (under anonymity), said despite attempts by governors and other leaders of the party to prevail on Ayu to respect the agreement that he inherited, the former Senate President remained adamant.