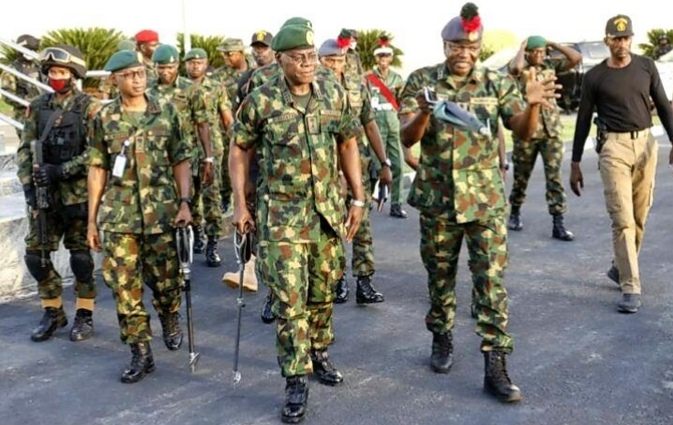 The Chief of Army Staff (COAS), Lt.-Gen. Faruk Yahaya has disclosed that the Nigerian Army will engage the services of its retired personnel in tackling insecurity in the country,

According to Daily Trust reports, General said this on Tuesday night at a “Regimented Dinner” organised for the 2021 set of retired officers from its 3 Division, Rukuba, near Jos. 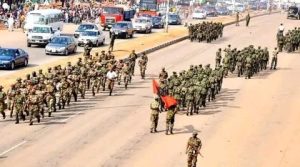 The COAS, who was represented by Maj.-Gen. Ibrahim Ali, the General Officer Commanding (GOC) of the division and Commander, Operation Safe Haven (OPSH), appreciated the retired personnel for their service to the nation’s security.

He asserted that the expertise of the retired personnel would always be needed in supporting the Nigerian army in its bid to fight insecurity in the country
“There are ongoing efforts to engage the services of the retired professionals with the wealth of experiences gathered over the years.
“These experiences are necessary toward tackling all forms of insecurity in our nation,” he said.

He further added that the dinner was organised to appreciate the retired personnel and their spouses for their meritorious service to the nation.
The COAS urged the personnel still serving to put in their best in securing the territorial integrity of the nation and promised to make their welfare top of his priorities.

About 329 top personnel retired from the Nigerian Military earlier this year.
In May, the media reported that The Nigerian Army was planning to re-engage the services of some qualified disengaged personnel to fight insecurity as the country battles banditry, terrorists and separatist agitation that are threatening the corporate existence of Nigeria.

The Chief of Army Staff (COAS), Lt Gen Faruk Yahaya, disclosed this in Enugu State during a valedictory buffet organised in honour of 2021 disengaged soldiers within the 82 Division Area of Responsibility.

Yahaya, however, appealed to the newly disengaged soldiers to fulfil their commitment to defending the territorial integrity of Nigeria as espoused in their oath of allegiance
Represented at the occasion by General Officer Commanding (GOC) 82 Division Nigerian Army, Maj Gen Taoreed Lagbaja, the army chief, said his administration was committed to enhancing the welfare of discharged personnel within the power of his office.

He assured them of the availability of army health facilities and other welfare institutions across the nation to support both serving and ex-personnel.