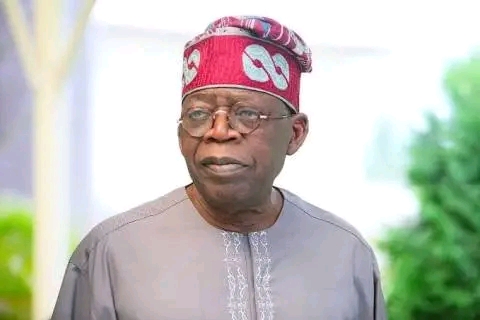 Nigerians have berated the Yoruba Nollywood actors who endorsed the presidential candidate of the ruling All Progressives Congress (APC), Bola Tinubu, for the 2023 general elections.

But reacting to the endorsement by the Nollywood superstars, Nigerians on social media lambasted the actors, saying that the same actors were among those who imposed President Muhammadu Buhari on Nigeria in 2015 and 2019, the outcome of which is the current maladministration and difficulty Nigerians are facing in the country.

The actors in the video had insisted that their support for Tinubu became imperative based on his support for the movie industry, practitioners, and influence across Nigeria.
However, Nigerians on Twitter expressed displeasure over the Yoruba actors’ support for Tinubu at a time when the country allegedly needed a fresh hand with ideas as a leader.

A Twitter user, @Theabiolasteven wrote, “The persons’ morality and integrity are to be questioned in the first place. Nollywood Yoruba as always being a hall of shame since time beyond, hungry sets of men and women. If the women are not Mc Oluomo short time knacks then the men are stomach infrastructure wobiyas.”

@Ifeadigoh also wrote, “Tinubu supporters have a tribalistic strategy that focuses on provoking the people from South East. They do this to get a reaction from the South Easterners which they would use to prove that South Easterners don’t like Yoruba. Divide and Conquer!

“Tinubu supporters have been attacking Psquare for supporting Peter Obi, it didn’t work, they resort to blackmailing some Yoruba artistes with “Igbo artistes are supporting their own” How do you expect them to support a corrupt, selfish and thief like Tinubu? They get sense ni!”
@_Samcleave said, “You cannot watch Nollywood Yoruba, see how 95% of their products are senseless, and still think those that own that industry has any cognition to influence your electoral choices.

“Nearly all those Nollywood yoruba actors have bus stops given to them in Lagos state, why won’t they want Tinubu?”