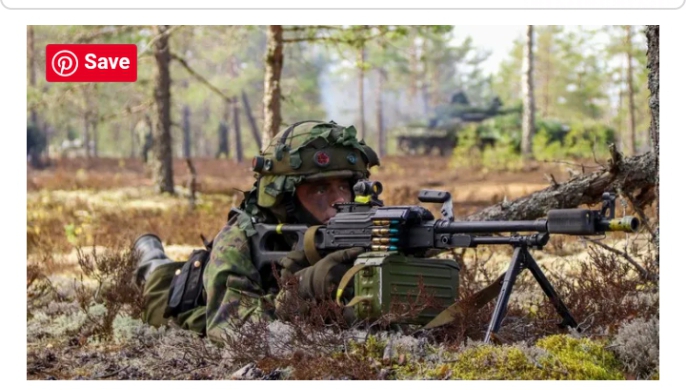 NATO will significantly increase the number of forces on high alert to over 300,000 from 40,000 as part of the biggest overhaul of the alliance’s defences since the Cold War.

Units deployed across eight eastern and southeastern NATO countries to deter Russia hostilities will rise in size from 1,000-strong battlegroups to brigades, which comprise around 3,000-5,000 troops with more war-fighting equipment in Latvia, Lithuania and Estonia.

With Vladimir Putin’s invasion of Ukraine changing the security environment across Europe, the head of the alliance also confirmed that allies will expand troop deployments in NATO countries that sit closest to Russia.

Ukraine is not a member of NATO.

The decisions will be set out at a landmark summit this week in Madrid.

“Together, this constitutes the biggest overhaul of our collective deterrence and defence since the Cold War,” Jens Stoltenberg said, in a briefing at NATO headquarters in Brussels on Monday.

Allies had already hardened their defences following Russia’s all-out invasion of Ukraine in February, but the latest steps are by far the most significant.

“We will transform the NATO Response Force and increase the number of our high readiness forces to well over 300,000,” the NATO chief said.

The NATO Response Force – which are kept at varying degrees of readiness to mobilise, from two days’ notice to six months – is currently around 40,000 soldiers, sailors and air personnel.

Sky News was first to report the increase in forces last week before specific numbers were known.

Mr Stoltenberg also confirmed the strengthening of units deployed across eight eastern and southeastern NATO countries to deter Russia hostilities. They will rise in size from 1,000-strong battlegroups to brigades, which comprise around 3,000-5,000 troops.

The desire is for NATO to have sufficient forces on the ground to defeat any attempt at an invasion.

This is a fundamental shift from a policy known as a “tripwire” that was adopted after Russia first invaded Ukraine in 2014, with the annexation of Crimea.

Back then, allies agreed to set up four missions in the Baltic states and Poland, each with around 1,000 troops. If Russia chose to invade, these battlegroups would not be able to stop the attack but would trigger a “tripwire”, prompting reinforcements to rush in.

However, the events in Ukraine, where Russian forces have wreaked carnage in areas they have occupied, means allies believe they need to deny any invading force from having the ability to take any ground from day one of an attack.

One defence minister has said that there cannot be a “Bucha on NATO soil” – a reference to the town of Bucha, outside Kyiv, where Russian forces are accused of mass murder, torture and rape of Ukrainian civilians.

Several long-planned NATO exercises involving member countries including the UK, and partners, have been taking place over the last few months in many of the nations where troops are to be boosted.

As part of the upgraded defence plans, military personnel tasked with defending specific NATO allies will not all need to be stationed on the ground, but could be based in their home country and only deploy forward when needed.

“These troops will exercise together with home defence forces,” Mr Stoltenberg said.

“And they will become familiar with local terrain, facilities, and our new pre-positioned stocks. So that they can respond smoothly and swiftly to any emergency.”

The changes will need increased investment, with allies increasing defence spending for the eighth consecutive year – an increase of $350bn since 2014.

As reported by Sky News last week, the NATO chief outlined new support that allies will collectively pledge to give Ukraine, including anti-drone systems and providing Ukrainian forces with secure communication.

In a disappointment for most allies, though, there has been no breakthrough yet on overcoming opposition from Turkey to a historic bid by previously neutral Sweden and Finland to join NATO – in the ultimate snub to Mr Putin and win for the allies.

The NATO chief said he would be talking to the Turkish prime minister and had already spoken with President Recep Tayyip Erdogan.

He said allies “aim to make progress on Finland and Sweden’s historic applications for NATO membership, while ensuring the security concerns of all allies are addressed”.