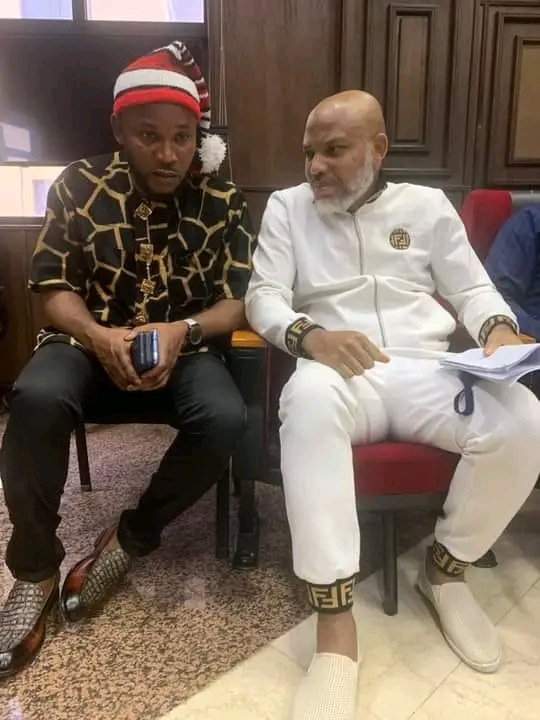 The Federal High Court in Abuja has dismissed the application for bail by the detained leader of the Proscribed Indigenous People of Biafra (IPOB), Nnamdi Kanu as a gross abuse of court process.

Justice Binta Nyako, in her ruling on Tuesday, said the suit was an attempt to continue to litigate on issues that have already been ruled on.

She, however, advised the applicant to approach the Court of Appeal on the issue of bail, should he feel aggrieved by the decision of the court.

In Abuja High Court, on Tuesday, as Justice Binta dismissed a fresh application the detained leader of the Indigenous People of Biafra, IPOB, Nnamdi Kanu, filed to be released on bail, pending the determination of the treasonable felony charge the Federal Government preferred against him.

Kanu, who is currently facing a seven-count charge, had in the application he filed through his team of lawyers led by Chief Mike Ozekhome, SAN, equally challenge the revocation of the bail the court earlier granted to him.

He specifically urged the court to set aside the order it made on March 28, 2019, which not only issued a bench warrant for his arrest, but also gave FG the nod to try him in absentia.

The IPOB leader told the court that contrary to FG’s allegation that he jumped bail, he said that he fled for his life after his home town at Afaraukwu Ibeku in Umuahia, Abia State, was invaded by soldiers, which he said led to the death of 28 persons.

Contending that he was denied fair hearing before his bail was revoked, Kanu, attached eight exhibits that included photographs, as well as an affidavit he deposed to from Isreal after he fled from the country.

Meanwhile, dismissing the bail request on Tuesday, trial Justice Binta Nyako, said she was not satisfied with the reason the IPOB leader gave for his failure to appear in court for continuation of his trial.

The trial judge noted that frok records of the court, Kanu, was represented by his lawyer on the day his bail was revoked, likewise his sureties.

“In fact, he sureties told the court that they did not know the whereabout of the Defendant and even applied to be discharged from the matter.

“Therefore, the Defendant was not denied fair hearing”.

Besides, Justices Nyako held that though a court could vacate a previous order when confronted with a cogent and verifiable reason, “in the instant case, I have not been given any, neither have I been given any reason to set-aside the order.

“The present application amounts to an abuse of court process for attempting to relitigate an issue already decided by the court.

“If the Defendant is dissatisfaction, he has the Appeal Court to go to.

It will be recalled that the court had also on March 18, declined to release the embattled IPOB leader on bail.

The court maintained that Kanu must explain the reason why he breached the previous bail that was given to him, before he could enjoy another favourable discretion from it.

“However, the defendant is at liberty to re-file the application”, Justice Nyako added.