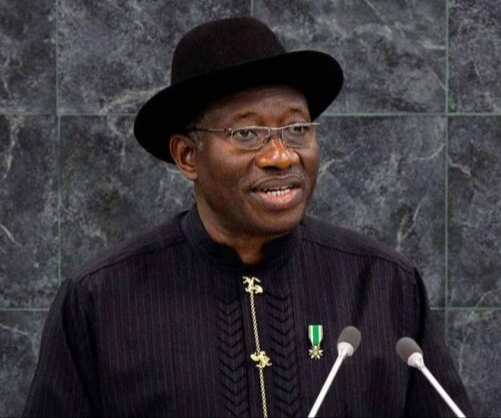 Former President Goodluck Jonathan on Tuesday said he did not have enough time to implement the report of the 2014 national conference.

He made the comment at the public presentation of a book ‘The National Question’ authored by Akpandem James and Sam Akpe.

Jonathan was represented at the event by former Secretary to the Government of the Federation, Anyim Pius Anyim.

“Whenever people say that I should have implemented its recommendations, my feeling is either those people did not understand the political environment at that time, the length of time it would take to implement the report of a conference like that or probably were just playing politics with such an important matter,” Jonathan said.

“Those knowledgeable about the processes of constitutional reforms will
know that to implement the Confab report, a number of alterations will be
made in the constitution which would require the involvement of the National Assembly and state assemblies.

“Such elaborate review couldn’t have been possible at that time because by the time the report was submitted in August 2014, we were already on the verge of a general election.

“It is also important to point out that at that time, the speaker of the House of representatives, Rt Hon Aminu Waziri Tambuwal, who was a member of my party, the Peoples Democratic Party (PDP), had already moved out, with some members, to the opposition party.

“When you know that your parliament is under that kind of situation, it would have been imprudent on my own part to take such a precious document, which I consider as crucial to our development yearnings, to a parliament that would not give it due consideration.

“If we had a task that would require the alteration of the constitution, enactment of new laws, and amendment of some existing ones, there was no way that could have been done overnight.”

I am pleased to be part of the public presentation of this special book titled ‘The National Conversation’.

I thank the authors, Akpandem James and Sam Akpe for inviting me to chair the event. I would have loved to be physically present to carry out this important function myself. Unfortunately, I had to travel abroad for an equally significant international assignment, hence my decision to assign former secretary to the government of the Federation (SGF) and former President of the Senate, Senator Anyim Pius Anyim, to represent me at this event.

Once again, I commend Akpandem and Sam for this great idea of documenting the experience of the 2014 National Conference, including the intrigues, schemings, interests and the side attractions that formed part of the activities that produced the beautiful document we have as the report of the Conference.

I believe that such a historic event would continue to attract the attention of writers and historians, as a way of documenting and preserving all that went down, for the future generation.

I am pleased that this work has been put together by no less individuals than seasoned journalists who participated directly in the conference, with Mr. Akpandem James playing a key role as the media officer of the conference.

I thank them specially because they have made it easier in this book for people to understand the vision of the Confab. It is understandable that not everybody will have the time and take the pains to go through the 900 page report. This book, I believe, is therefore designed to give the
people a bird’s eye view of the document and it is being launched at the most appropriate time. A time the country is preparing for the next general elections.
I see their effort as a way of preserving this momentous national accomplishment in an engaging book, for posterity.

There is no doubt that a conference of this nature will continue to generate interests and debates with people approaching the discourse from the viewpoints of their beliefs, sectional sentiments, political orientation and ideological persuasion.

The comments, appraisal and controversy have continued, many years
after the conference. One of the questions that has been variously asked
has to do with why my administration did not implement the recommendations of the conference before leaving office.
Although I had offered reasons for this on many occasions and even addressed it in my book ‘My Transition Hours’, the concern has continued to recur. However, since this is the first major public event on the 2014 Confab after I left office, I feel obliged to offer further explanations on my thoughts on the conference.

The essence of the 2014 Confab was to encourage a healthy conversation among the populace, address the queries agitating the mind of Nigerians and mend fences, where possible. As at that time, it was obvious that the ethnic nationalities were singing discordant tunes on the state of the nation and future of the country. The widening fault lines posed a clear threat to the stability and existence of our dear nation.

In responding to the yearnings of the people, my administration inaugurated the conference to provide the opportunity for Nigerians to discuss their issues and agree on the way forward.

My message to the conference was very clear; that they could discuss everything, save for the sovereignty of our great country, Nigeria. I believe, like most Nigerians, that we are better off as one united country.
The ethnic diversity and population of our great country can be deployed to enhance our economic development and our relevance in the global scheme of things. On the contrary, disintegration into smaller fragments will diminish the status of our people and their standing in the world.

As a show of concern and demonstration of goodwill of our administration, my charge to the conference was to discuss matters comprehensively and exhaustively before agreeing on a common point. I implored the members not to rely on simple majority if they must vote on any issue but a convincing approval by no less than 75 percent of the members, before passing any decision. I am happy that most of the resolutions reached were not through voting but by overwhelming consensus.

That showed that the conference tried to mend fences and create a common focus for the country.

As the chairman of this event, I will not take too much time because I know that the guest speakers and the reviewers will have all the time to ventilate the issues. It is their day. However, I would be remiss in my duties if I do not use this unique opportunity to address this particular issue which some people continue to raise on the implementation of the Confab report.

Whenever people say that I should implemented its recommendations, my feeling is either those people