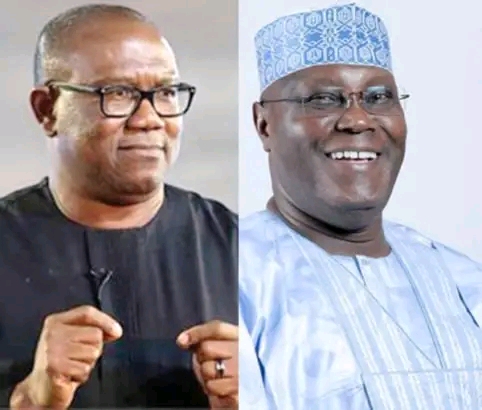 The ruling All Progressives Congress (APC), has urged the presidential candidate of the New Nigeria People’s Party (NNPP) and former Governor Kano State, Rabiu Musa Kwankwaso, to return to the party before it is too late for him to do so.

The APC cautioned Kwankwaso who was a chieftain of the ruling party not to be deceived as supporters from only two states in the country can never make him become the Nigerian president anytime soon.

According to the report, the APC’s Deputy National Publicity Secretary, Yakubu Murtala Ajaka, while interacting with newsmen on Sunday called on Kwankwaso to retrace his steps and return to the ruling party he helped build because he is sure that one day, he would become the president under the party.

Ajaka, who insisted that Kwankwaso stands a brighter chance of becoming the future president on the APC platform, noted that Kwankwaso has made great contributions to the development and progress of the ruling party

The APC’s Deputy National spokesperson who reminded the NNPP presidential candidate of his special contributions to the party in 2015 said, “That is why I said it’s not too late for him to return to the APC. That’s where he naturally belongs and has an assurance of becoming a president one day, and not his current sectional NNPP.

“Although some people might be deceiving him by calling him Mr. President already, just one or two states in the North-west cannot make him a president. Kwankwaso needs a national party like APC to achieve his presidential ambition. So, I plead to him to do the needful before it is too late.”

“Just like Kwankwaso, Peter Obi is only enjoying sectional sympathy but a real presidential candidate needs to enjoy acceptability from all parts of the country.

“So, we believe that Peter Obi should enjoy his social media frenzy for now before the real campaign starts very soon,” he said.

Also speaking on the ruling party’s view of the main opposition Peoples Democratic Party (PDP) with the former Vice President, Atiku Abubakar as its presidential candidate, Ajaka bragged that APC has never been worried about the PDP nor has Atiku ever been a threat to Bola Tinubu of the APC.