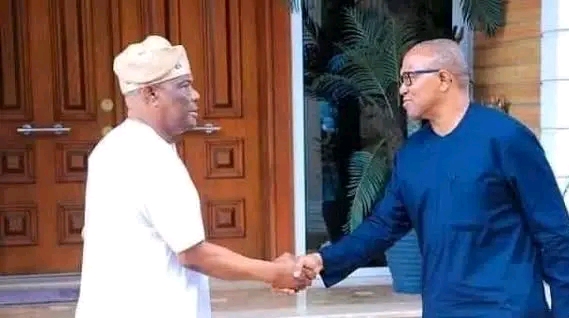 The Presidential Candidate of the Labour Party and former Anambra State governor, Peter Obi, has met with the Rivers State Governor, Nyesom Wike, behind closed doors in Port-Harcourt.

The former presidential aspirant of the Peoples Democratic Party had left the party 72 hours to the party’s primaries and joined the LP.

On arrival on Wednesday, Obi was taken inside where he had meeting with the governor behind closed doors.

Both men, however, did not speak on the purpose of the meeting, as journalists were not granted access.

Wike had during an interview on Channels TV said he told PDP delegates not to vote for Obi during the PDP presidential primaries.

Wike is widely rumoured to be plotting an exit from the PDP following his loss at the presidential primaries and failure to emerge as the running mate to Atiku Abubakar, the party’s 2023 presidential flag-bearer.