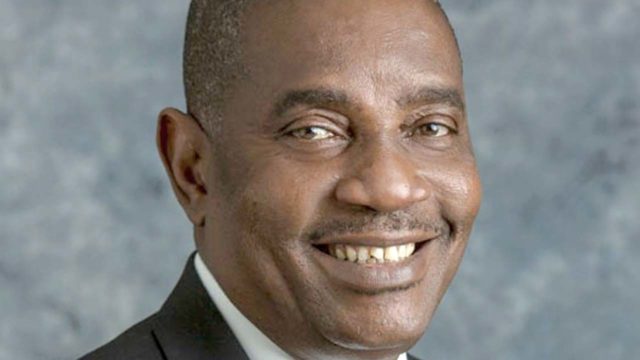 JUNE 21st marks the sixty-sixth birthday of the 18th Nigeria Inspector-General of Police, Solomon Ehigiator Arase who retired from the nation’s Police Force at the highest echelon six years ago. Barely a little above half of a decade after leaving the service, his sterling career at the Police Force is universally benchmarked as the ultimate gold standard for rectitude and integrity in modern Nigeria public service.

A man with little patience for slackers and slobs, Arase is an exceptional individual who is an absolute stickler for rules, regulations and institutional building and responsibility. Not only did he had his eyes on the ball as an intelligentsia in service, he was also result oriented, through and through. His kind of cerebral security engagement and unequalled commitment to thoroughness is largely lacking in the Police Force, presently. Did the much admired and well venerated Arase descend from Heaven? No! Was he trained from the outer space where no current police officers are not privy to? No!!

What that means is that the Nigeria Police Force needs new ethical order and structural rearmarment if it must serve its purpose. Arase’s recuperative landmarks, reengineering of the force intelligence gathering machine remains redemptive tropes that can only be carried out by an assertive visionary police officer of his kind. Arase was truly a lone star in the police’s transformative heroes’ list! This noble and notable avatar till date remains the crusader who mopped up cultism across the swathes of the country and restored integrity to the force.

Arase’s stellar quality and achievements in his service to the nation once again caught President Muhammadu Buhari’s attention last year when he wished ”the decorated officer the very best in health and strength as he continues to serve the nation, especially in advocacy.” He noted the reforms that the former Inspector General brought to the police in Nigeria, deploying his wealth of experience of working and training in many parts of the world, to visualise and domesticate operations.

The President also commended the way and manner Arase headed the topmost intelligence-gathering unit of the Nigerian Police, the Criminal Intelligence and Investigation Bureau. Buhari joined family members, friends and associates of the versatile retired officer in celebrating another milestone, ”coloured with recognitions from achievements of serving at national and international duties.”

Even President Muhammadu Buhari as a hermit – in all his frailties – recognised, acknowledged the fact that the former Inspector-General of Police was famous for his stout and stoic strives for excellence in the national security architecture, being an intrepid tribune of tackling security nemesis plaguing the nation through multifaceted approach dubbed ‘stick and carrot’ strategy.

In 2015, the former IGP’s wealth of experience and unassailable wisdom saved the day when Alhaji Bukola Saraki staged a daylight coup and became the Senate President of the eighth Senate against all odds and in the midst of obvious security breeches. It’s only an Arase with an illustratrous spirit, patriotism, magnificent capacity to curtail ominously self-imposed nightmares by a political party (APC) that chooses to ignore the most basic and rudimentary lessons of allotting positions/offices in the hall of victory.

Time and again, Arase demonstrated in service that a Nigerian reduced of high levels of crimes and criminality is possible if the right people are at the helm of affairs and the needed and urgent support could be availed the traumatized Police Force. Because the Nigeria Police Officers and men have been abandoned and poorly cared for, they take solace in brutalisation and exploitation of the innocent denizens who should have ordinarily be protected by the same police force.

Even though we’re at the tail end of Nigeria’s security relapse, a nation in the throes of brigandage, barbarity and monstrosity without the slightest pretext of national security architecture colluding with gun trotting bandits, ISWAP, Boko Haram wholesale, Nigeria can overcome the visited woes if it is luck to have another Arase and a thinking President on time. Because, as they say, time is the greatest enemy of tyrants!

Truth be told, Solomon Arase is an authority in forensic brilliance and intelligence gathering and had been tested as the nation’s police top brass. His kinds are in short supply and that explains the present doomsday security collapse that Nigerians have been going through recently. This has been proven, most glaringly in recent times. For example, Terrorists of different hues attacked Southern Nigeria churches, killing dozens in one fell swoop, which has become a national embarrassment on a daily basis in Northern Nigeria.

For Arase, it’s celebration time to serenade joyously in the land of the noble and upright as a visionary and an iconic police boss who has contributed immeasurably to the entire nation building processes. This is the time of symphony and perfect synchrony when a man who live up to the billing of his name, when service to his nation resonates through the mirror for the collective aspirations and willed identity of an institution like the Police Force, in spite of the present calamity.

Garland to the physically brave, inimitable genius and a no-nonsense stalwart intelligent czar from the land of feisty and bravery, having climbed the greasy pole of security ascension to the mountain top!

Erasmus Ikhide wrote in from Lagos, Nigeria and can be reached via: ikhideerasmus@gmail.com