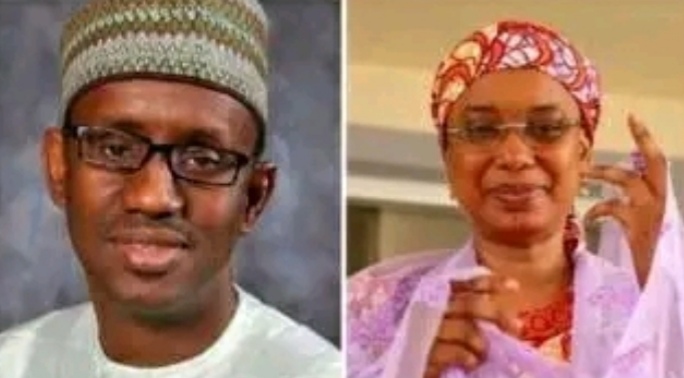 Drama in court as the former chairman of the Economic and Financial Crimes Commission (EFCC), Nuhu Ribadu, today’s Tuesday, June 21st, 2022: has filed a suit challenging the emergence of the governorship candidate of All Progressives Congress (APC) in Adamawa State, Senator Aishatu Dahiru Ahmed (Binani).

The Nation reports that Ribadu who was also a governorship aspirant in the state in his suit alleged that was over-voting during the party’s primary.

Ribadu has asked the court to prevent INEC from presenting Senator Binani as the APC’s governorship candidate for the 2023 election in Adamawa state Photo: Senator Binani, Nuhu Ribadu

Source: UGC He claimed that the process voided the May 26 governorship primary election and thereby rendering Binani’s emergence as APC’s governorship candidate for Adamawa state null and void. Cat Adores to Swim and Surf in the Ocean with his Parents | Cuddle Celebs In the suit in which the Independent National Electoral Commission was joined as a party, Ribadu urged the court to nullify Aishatu’s election and order the party to conduct a fresh primary.

According to Justice Anka, fairness demanded that she be aware of the application because Ribadu seeks an interlocutory order.

The senator who represents Adamawa Central in the upper lawmaking body scored 430 votes to defeat her closest rival, Nuhu Ribadu, who got 288 votes.

Binani’s victory makes the senator, who represents Adamawa Central in the Red Chamber, the first female governorship candidate of a major political party in Adamawa state. Senator Binani gives a victory speech In her speech after the victory, the 50-year-old commended the committee for the successful conduct of the primary and promised to work with those who contested with her. Some of the agents equally lauded the election committee for the peaceful conduct of the exercise.

The other contestants also accepted the result and pledged to work together to ensure the APC wins the governorship poll next year.

The Secretary to the Government of the Federation and the leader of the APC in Adamawa, Boss Mustapha, has also applauded the APC for conducting a free, fair, and transparent primary.