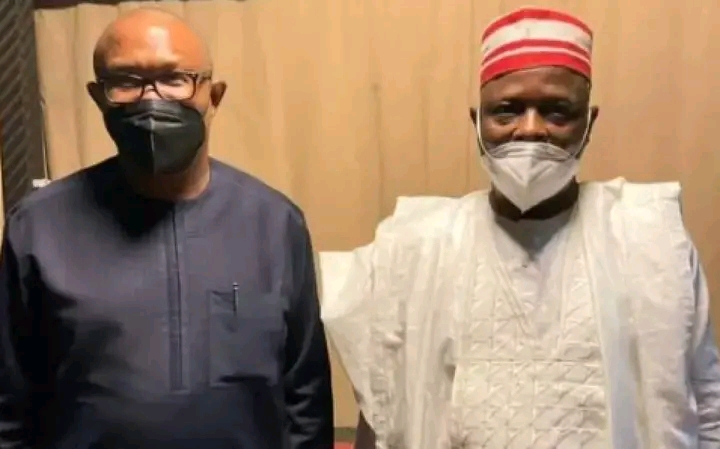 Kwankaso said this in an interview with BBC Hausa.

The former Kano State governor Kwankwaso and Obi are exploring the possibility of cooperation in the 2023 elections, in terms of a possible merger between NNPP and LP.

Kwankwaso said, “We are really talking to Peter Obi, or at least saying that the committee is working to look into the matter (and cooperate with him), and friends and family are coming to talk to us about it.”

He noted that their collaboration was especially important as the All Progressives (APC) and the Peoples Democratic Party (PDP) had not fielded an Igbo vice-presidential candidate.

The media had on Friday reported that Dr Doyin Okupe, the former Special Assistant on Media and Publicity to former President Olusegun Obasanjo, said he was the running mate to Obi.

Okupe had stated this on Friday in an interview with Channels TV, adding that his name had been submitted to the Independent National Electoral Commission by the party.

Okupe had said, “I’m standing in as the vice-presidential candidate of the party. Labour party has submitted my name as the VP of the party. Our idea is to bring up the largest political coalition ever in the history of Nigeria because we are facing two giants; the APC and the PDP.

“We cannot work alone, we need to put up a coalition and it is important for us to ensure all stakeholders are carried along.

The choosing of VP candidate is an electoral process which does not stop until the process ends. We believe that the Labour Party coming to rule Nigeria is essentially going to be about young Nigerians.

“I’m willing to put down my back so young people can come to the top. The decision of LP to use Okupe is to comply with the Nigerian constitution.”