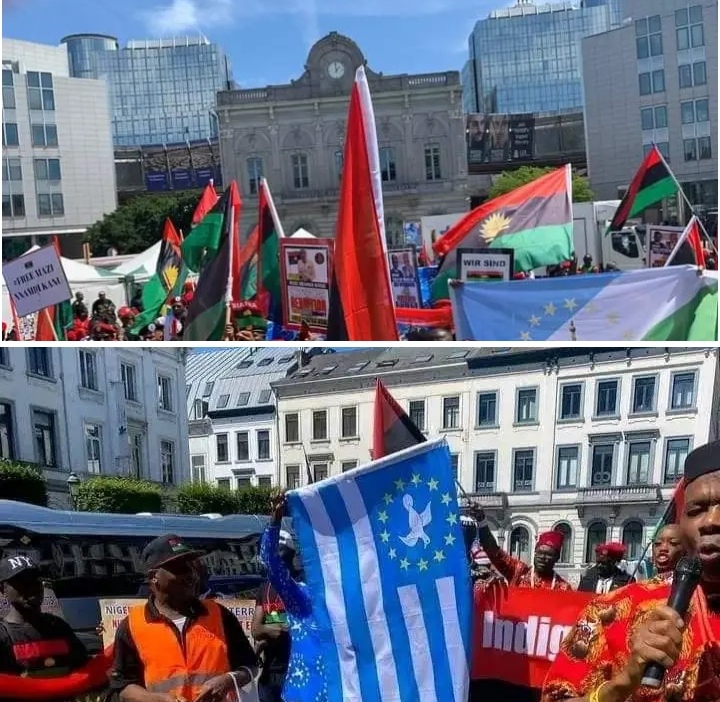 We the global family of the Indigenous People of Biafra (IPOB) ably led by our great liberator Mazi Nnamdi Okwuchukwu KANU Congratulate the people of Biafra, Ambazonia, Oduduwa and lovers of freedom across the globe especially those whom despite their tight schedule found it as an obligatory duty and mission to be accomplished and made a groundbreaking success of the one million man march for the emerging Nations from the West Africa sub region on 14th and 15th of June 2022 in front of the European Union Parliament in Brussels Belgium.

In a statement issued by  Emma Powerful, Director Media And Publicity Secretary of IPOB.

We are hopeful that as the European Nations gathered in Berlin to partition the land of Africa amongst themselves, they will also that same way gather in Brussels to support a peaceful Referedum for these emerging nations to freely chose where they wish to belong. 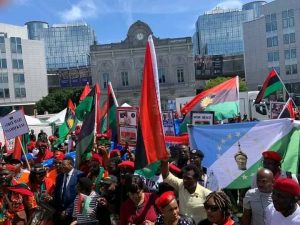 It was an epoch event of a historic proportion which the Biafran delegates were led on behalf of Mazi Nnamdi kanu by the indifatigable Head of Directorate of State of the Indigenous People Of Biafra (HODS).

We equally thank the representatives, friends, facilitators, protocol officers of IPOB Ambazonia, Oduduwa and EU who made the event successful and those who came all the way from America, Canada, India, China, Japan, Israel, Australia and IPOB members in Europe from France, Italy, Spain, Germany, Poland, Portugal, Switzerland Britain, Ireland, Austria, Netherlands, Luxembourg, Hungary, Czech Rep, Belgium, Denmark, Sweden, Norway, Catalonia, Wales, Scotland, Ireland and other parts of Europe that played host and contributed in no little measure for the success of the campaign.

Special vote of thanks to those who took freedom train to join the three emerging nations in Belgium from particularly Middle East and African countries, we thank those that joined us from the Caribbean. We are certain that freedom knows your name and would never forget you all. May God Almighty Chukwu Okike Abiama guide and protect you as you return safely to your various bases.

Appreciations to the people of Catalonia and to the Catalan President for the diplomatic role he played and the assistance he rendered to the Biafran delegation. We Shall reciprocate in no distant time as we commenced a robust diplomatic relationship.

Haven demonstrated readiness to allow us take our future in our hands, we beckon on the European Union to accord us the appropriate recognition and support us where necessary as we march on for nothing other than self determination which would definitely foster mutual beneficial interest between Biafra and the European Union. 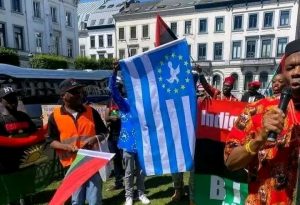 Biafrans, Ambazonians and Oduduwa people must be resilient in their pursuit for freedom and we must remain peaceful and focused towards this fight for freedom of our land and our people.

We have long cease to recognize the Nigeria Government that have consistently termed any form of political opposition or independent view as terrorists that must be crushed with guns and bullets while the Nigerian compromised mainstream media will cover up any atrocity committed by the Nigerian government. But thank CHUKWUABIAMA that we have found a voice, voice of truth and freedom through Mazi Nnamdi kanu the IPOB leader, for this reason we demand for referendum to exercise our right to determine our Political, Economic, Cultural and Social systems.