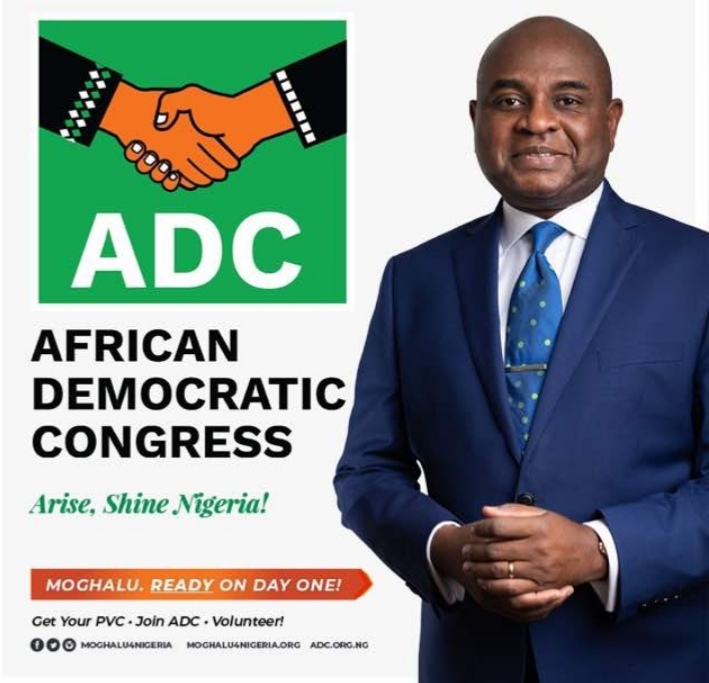 The desperation of politicians in the 2023 presidential election cycle gives cause for alarm. From N100 million presidential nomination forms to $35,000 delegate bribes and INEC’s shifting of the deadline for primaries, seemingly to accommodate the political party in power today, there are dangerous omens.

It is up to us as Nigerians to decide if we will be fooled again in 2023. To make real progress, we must break from the past. We must now elect leaders who offer us a clear, coherent vision, competence, and a plan.

As an aspirant for the responsibility of President of Nigeria in 2023 on the platform of the African Democratic Democratic Congress (ADC), I offer our country a clear vision and plan, articulated in my book Build, Innovate and Grow (BIG). The high Office of President of Nigeria is a job, not an entitlement based on the number of years a candidate has spent in politics or merely on personal ambition. In 2023 Nigerians should elect a candidate who has the competences, experience and performance track record that is directly relevant to the job. The core functions of the President of Nigeria are (1) Nation-building (managing diversity, building a united nation, and building strong institutions); (2) National Security; (3) Economy; and (4) Foreign Affairs and International Diplomacy.

Based on these requirements, I am the man for the job. A modern, 21st century President of Nigeria. As a United Nations official for 17 years in which I rose by dint of hard work and competence from entry level Officer to the highest career bracket of Director and served on special assignment at the political level of Under-Secretary-General, in New York, Cambodia, Croatia, Rwanda, and Switzerland, I led teams that achieved lasting results in rebuilding failed states such as our country has become today, in international security operations, and in traditional international diplomacy.

I led resource mobilization and the building of global partnerships for the Geneva-based, $20billion Global Fund to Fight AIDS, Tuberculosis and Malaria that has made social investments to support health systems and save lives in 140 countries including Nigeria. And as the founder and CEO of a global investment advisory firm in the private sector, I have advised and guided major foreign investors into Nigeria and other African countries.

As a Deputy Governor of the Central Bank of Nigeria (CBN) from 2009 to 2014, I led the execution of extensive reforms that saved the Nigerian financial system from collapse after the global financial crisis of 2008. Our work remains the stabilizing foundation of our financial system today.

I also led the team that developed and introduced the Bank Verification Number (BVN) which now serves nearly 50 million Nigerians in the banking system. My team and I facilitated the introduction of Non-Interest (Islamic) Banking that advanced financial inclusion, as well as the digitalization of the payment system that made it possible for nearly 100 million Nigerians to make and receive payments on their mobile phones. As a member of the Monetary Policy Committee of the CBN, I played an active leadership role, with other colleagues, in economic policy making that successfully crashed inflation from double digits to a single digit 8% by 2014. We managed foreign exchange policy successfully, with the Naira exchanging to the dollar at a rate in the range of N150-N165 to $1 during our tenure in office. These are transformative achievements in which one played a direct, leadership role. The impact of my life’s work so far has been deep, international, national, and local, empowering millions in Nigeria and around the world.

Having been a traditional politician in and of itself, say as a state Governor or Senator, without the knowledge of or exposure to managing complex diversity, sophisticated security operations, national economic management, or foreign affairs, does not prepare such an individual to be an effective president of Nigeria. Our failure to understand this is why we tend to make the wrong leadership choices. This is the lesson we should learn from Nigeria today as the failed state our country has become. The presidency is a unique job, not a mere political promotion or an entitlement.

In 2023, our present national crisis needs us to elect a President of Nigeria that will fix our economy, unite our diverse peoples, secure our territory and our people, and restore our standing in the world. I pledge to build and unify our country into One Nation with a common national ambition on which we all agree. We will proactively secure our country and its people in all of our geopolitical zones. We will build an economy that creates jobs and prosperity for our youth through innovation, manufacturing and skills through education reform that ends ASUU strikes permanently in Nigeria, and access to capital to start new businesses through a state-sponsored venture capital fund that will be managed efficiently by the private sector.

With my knowledge, experience and networks in international relations, my Government will make Nigeria influential and powerful abroad once again, based into the stability and prosperity we will create at home.

Fellow Nigerians, this house has fallen. Together, we will rebuild it to become stronger than it has ever been.