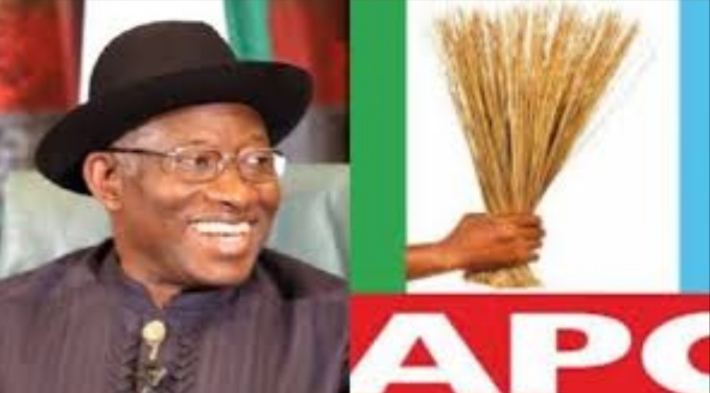 Power brokers in the Muhammadu Buhari government who have been plotting to return former President, Goodluck Jonathan, to power, will on Monday serve a Federal High Court order clearing Jonathan to the Independent National Electoral Commission and the All Progressives Congress in Abuja, Hotmedia.ng has learnt.

The media had on Friday reported that the court sitting in Yenegoa, Bayelsa State, declared that Jonathan was eligible and “constitutionally” qualified to contest for president in 2023.

In his judgment on Friday, Justice Hamma Adama Dashen said Jonathan was not affected by the fourth alteration to the constitution barring Vice-Presidents who succeed their principals from serving more than one full term.

Speaking with our correspondent, a top source familiar with the developments in the ruling party and among the cabals, said, “The judgment obtained by Jonathan in Bayelsa was delayed and had not been served on INEC as of close of business on Friday.

The judgment is now ready to be served on Monday.
“Upon serving the court judgement on APC and INEC, the next step is for the party’s National Working Committee to announce the official waiver granted GEJ and also announce officially that he’s submitted his form.”

In 2018, President Muhammadu Buhari signed the fourth alteration of the 1999 Constitution which bars Vice-Presidents who succeed their principals from serving more than one full term.

Jonathan was Nigeria’s vice-president between 2007 and 2010. He became the president in May 2010 following the death of President Umaru Musa Yar’Adua and completed the latter’s tenure.

The case with suit no FHC/YNG/CS/86/2022 has Andy Solomon and Idibiye Abraham as plaintiffs while All Progressives Congress, Jonathan and the Independent National Electoral Commission were listed as defendants.

Apparently in a haste to ensure that the judgement was delivered before the APC primary which is slated for Sunday, the plaintiffs requested an accelerated hearing via a motion ex parte.

Hotmedia.ng gathered that the judgment was part of the plans of the Aso Rock cabal supporting Jonathan to take over from President Muhammadu Buhari.

The newspaper on Thursday reported that Jonathan had submitted the N100 million forms a few days earlier to the National Chairman of the ruling party, Abdullahi Adamu.

“His form has secretly been submitted. He submitted his nomination form through the APC Chairman a few days ago,” a source in the ruling party privy to information had said.

Speaking on Saturday, one of the top sources added, “Another option they are considering is that the Supreme Court is expected to rule in favour of Buhari next week on the Electoral Act. That ruling will likely permit the super delegates (earlier excluded) to vote for Jonathan if it boils down to voting in the primaries.”

Jonathan was Nigeria’s leader as a member of the PDP, which is now an opposition party.

The story of how a cabal in the ruling APC had pushed for Jonathan to succeed Buhari, after being impressed by how the former President never openly criticised Buhari government despite its ineptitude and the insults the APC, as an opposition party, hurled at him (Jonathan) ahead of the 2015 presidential election.The fact that Jonathan cannot spend more than one term in office, if they can manage to get him there, is also not lost on the cabal.