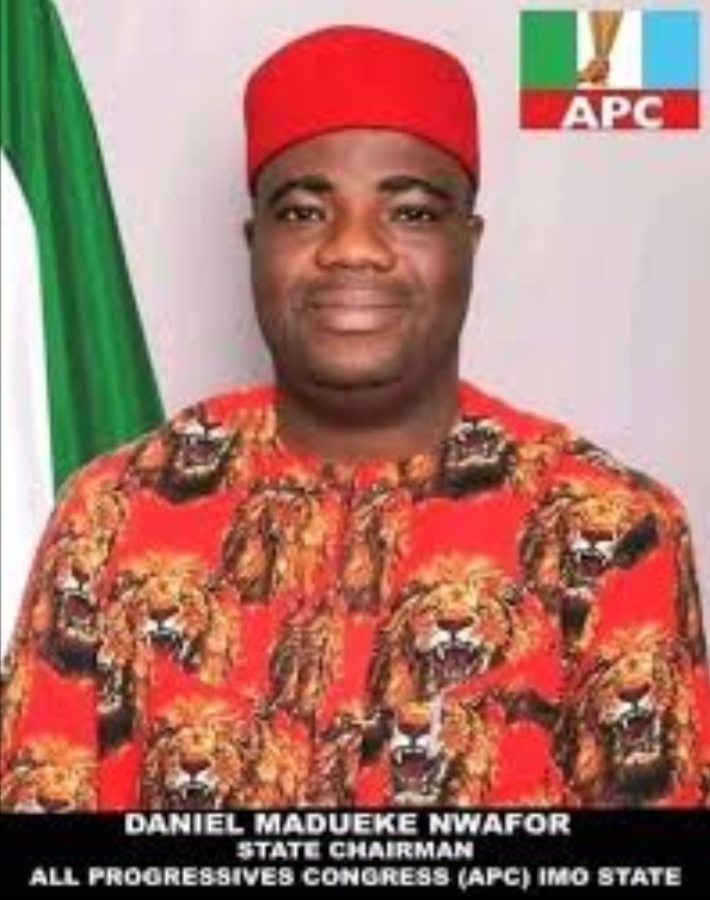 The Supreme Court have been reportedly declared Daniel Nwafor as APC authentic chairman for Imo state.

Justice Olukayode Ariwoola who led a five-man panel of Justices of the Court Affirmed Daniel Nwafor As APC Authentic Chairman For Imo State of all Progressives Congress.

The judgement of the Supreme Court therefore affirms Daniel Nwafor as the authentic state chairman of the party in Imo state, and therefore invalidates any other individual or group of individuals purporting to act as chairman or officers of the party at any level in the state.

However, the leadership of the State Executive Committee under Dan Nwafor and believed to be loyal to former governor Rochas Okorocha will be back in office to pilot affairs of the All Progressives Congress, APC in Imo State.

Nwafor who is a former aide of Uche Nwosu, belongs to the Rochas Okorocha faction of the party and have been in court demanding to be reinstated as the authentic chairman of the party.

Daniel will now present candidates for only senate. As dates for state assembly and reps primaries are time barred following INEC guidelines.
Daniel Nwafor is of the Okorocha’s faction of Imo APC

The Imo State Chapter of the All Progressives Congress APC, has been hit with new crisis a few minutes ago, following the ruling by the Supreme Court, affirming the chairmanship of Mr. Daniel Madueke Nwafor and sacking the MacDonald Ebere led State Executive.

A Congress conducted in the state produced Dr MacDonald Ebere as chairman, sacking the State Working Committee of the party which was then led by Barr Marcon Nlemigbo.

By the ruling of the Supreme Court, all the primaries being held by the party in the state faces the risk of being thrown out and this could cost the APC not having candidates in the General Elections.

The Peoples Democratic Party PDP may be set for a landslide victory in the state by this ruling.