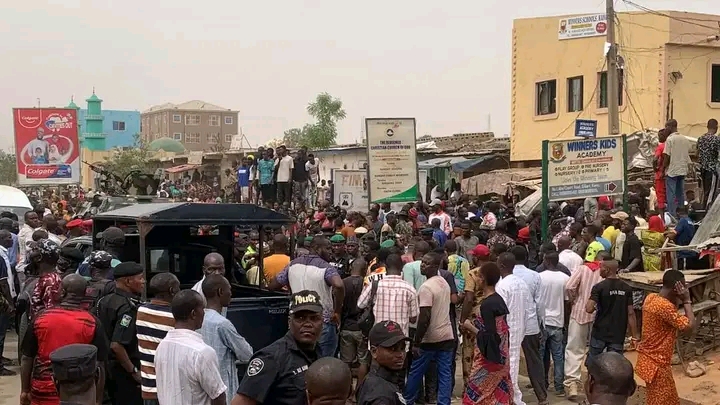 According to report by Daily Trust, while rescue efforts were going on, some hoodlums have started using the commotion to break into People’s shops and houses to loot.

Multiple gunshots have been fired at the scene of the explosion that rocked Sabongari area of Kano, populated by Igbo traders, on Tuesday morning.

The shots were fired by security agents to disperse the restless crowd at the scene.

Earlier, some of the youths attacked the soldiers with stones but the situation was being brought under control.

An eyewitness told our correspondent that they saw when a male suicide bomber detonated an explosive on the street and the explosion affected the building adjacent to the school.

However, Kano Police said the blast was cause by gas explosion not suicide bomber.