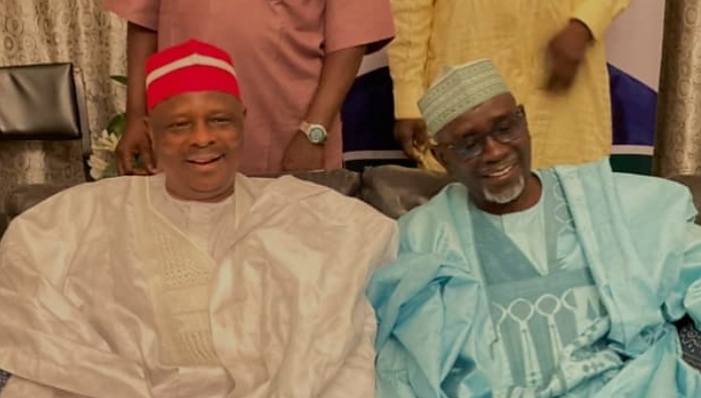 Senator Ibrahim Shekarau, a former Kano state governor, has said goodbye to the ruling All Progressives Congress Shekarau is now officially a member of the New Nigeria Peoples Party (NNPP), a stronghold of Rabiu Kwankwaso who has been at loggerheads with Governor Abdullahi Ganduje.

The news of Shekarau’s defection was made public on Tuesday, May 17, by AbdulMumin Jibrin, a former campaign DG of Bola Ahmed Tinubu.

Despite consultations and moves to avert what can be called a major setback for the All Progressives Congress, Ibrahim Shekarau, a former governor of Kano, has officially dumped the ruling party for the New Nigeria Peoples Party (NNPP).

This was announced via the Twitter page of the former DG of Asiwaju Bola Tinubu’s Support Group AbdulMumin Jibrin, on Tuesday, May.

The chairman said resourceful people join the parties for their selfish interests while looking away from minor parties.

Boniface Aniebonam, pioneer national chairman and founder of NNPP, told journalists that resourceful people join the parties for their selfish interests while looking away from minor parties because they feel there is nothing to gain.

“When you x-ray what is happening in APC and PDP today, you begin to ask yourself why the influx of resourceful persons into just two political parties when there are 18 other parties into which they can spread out and test their popularity,” he said.

He reiterated that such politicians have killed the idea of having multiple political platforms whereby people could elect credible leaders.

“The government has never added value, nor has it supported the idea of f multi-party system. This is not good for political growth and the urgent need to open the space for competitiveness.

“The essence of multi-party system has been defeated; it is no longer adding value. We know there are advocates of two-party system, but the constitution does not provide for that,” he said.

He recalled that Ifeanyi Ubah contested on the platform of the Young Progressive Party (YPP) in 2019 and won the Anambra South Senatorial seat.

Mr Aniebonam also recalled that INEC used to support political parties in the past, in its bid to strengthen democracy in the country.

“Unfortunately, owing to the greed of some party officials, that gesture was stopped,” he said.

Mr Aniebonam maintained that politics should be about ensuring a better life for the citizenry and adding values to the society.

He decried challenges facing Nigeria, ranging from disunity, insecurity and a weak economy, saying that God would not come from heaven to change the conditions.

“It is our leaders that will do that. We have to elect leaders that are passionate about creating a new Nigeria.