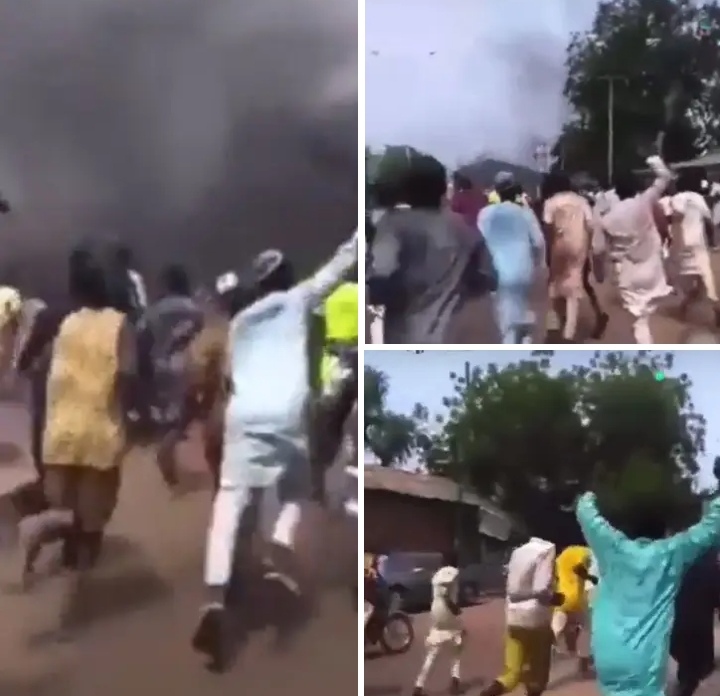 There is tension in some parts of Sokoto State as some youths protesting the arrest of two persons suspected to be involved in the killing of a female student, Deborah Samuel, for alleged blasphemy attacked some churches along Ahmadu Bello way in the state capital.

The protesters had earlier in their numbers stormed the Sultan of Sokoto’s palace, setting up a bonfire near the building and demanding the release of the two suspects.

But armed policemen fired teargas canisters to disperse the angry crowd, during which two persons were reportedly injured.

Not satisfied, sources said the protesters invaded some churches along Ahmadu Bello way in the state capital, destroying their properties.
The building of Evangelical Church Winning All (ECWA) in the area was also reportedly set on fire by the irate youths.

“The Catholic church was attacked and scattered while the First ECWA church beside it has been burnt. Some Christians were injured. These youths also attacked some Igbo traders, destroyed their cars.

“Heard they are burning shops and stealing goods currently in city centres as well. Sadly, no intervention from the armed forces,” a Sokoto resident told our correspondent

The victim, Deborah, a 200 level female student of Shehu Shagari College of Education, was mobbed and killed before his corpse was set ablaze within the school premises on Thursday.

She was accused of blasphemy in a voice note she dropped on her class’ WhatsApp platform, in which she was alleged to have blasphemed Prophet Muhammad (SAW).