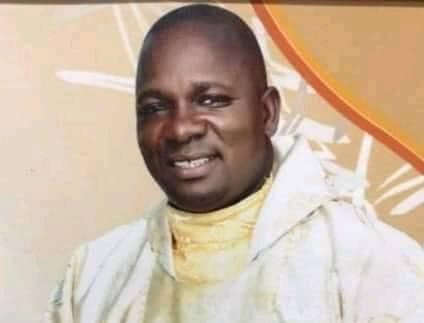 Fr Joseph Bako, a reverend father of the Catholic Church in Kaduna State who was kidnapped by bandits two months ago, has died in the custody of his abductors.

According to the report, Father Joseph was among those kidnapped eight weeks ago by suspected bandits who invaded the church, an attack that also led to the killing of the church security guard.

The Church Chancellor confirmed the pastor was sick before he was abducted, stating that the criminals did not allow him to go along with his drugs when the incident happened.

The Chancellor said, “Rev. Father Joseph, aged 48, was kidnapped from his residence, in St. John Catholic Church, Kudenda, where he was serving as parish priest, on March 8, 2022.

Although the police authorities have yet to confirm the incident, the Chancellor of the Catholic Archdiocese of Kaduna, Reverend Father Christian Okewu Emanuel, disclosed this on Wednesday.

According to the chancellor, Father Bako was ill before his abduction and the abductors did not allow him go with his drugs for proper medication.

In his reaction, the Catholic Archbishop of Kaduna, Most Reverend Matthew Ndagoso, has sympathised with the family of the late clergymen over the incident.

He also commiserated with the entire Catholic community of St John Kudenda and assured them of his fraternal closeness and prayers.