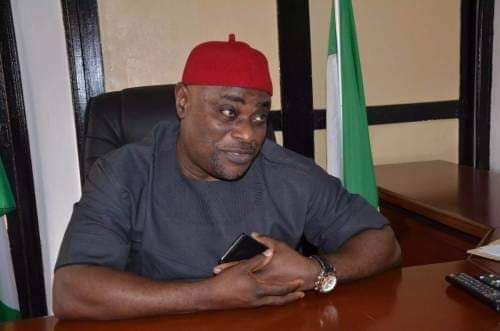 The Supreme Court of Nigeria has just reviewed its judgement which it earlier gave on October 14, 2021. In the said judgement, the Supreme court delivering ruling on the appeal filed by Mr Jude Okeke against the judgement of the Appeal court, Kano division stated that the removal of Ozo Victor Oye was not justiceable. That it was the internal affairs of the party and thereby struck out the appeal.

It was on this basis that INEC recognized Oye and accepted Prof Soludo as the candidate of the party for November 6, Anambra state governorship election.

Chief Njoku told the Supreme court that Oye was a mere interloper who sought to join the appeal and should NOT have been mentioned in page 13 of the judgement as the national chairman of APGA.

The supreme court in its wisdom sat yesterday and reviewed the judgement. The 5 man panel agreed that it was an injustice to have mentioned Oye as the national chairman of APGA.

They therefore reviewed the judgement, corrected the error and inserted the name of Chief Edozie Njoku as the National Chairman of APGA.

AIF Media has the Certified True Copy of the reviewed judgement.