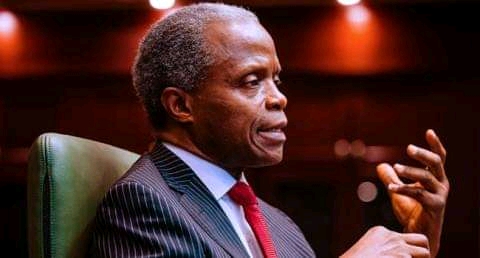 Vice President Yemi Osinbajo says President Muhammadu Buhari has taught him how to govern a complex and diverse country like Nigeria.

According to his spokesperson, Laolu Akande, he spoke on Tuesday when he visited the Palace of the Emir of Gombe, Abubakar Shehu Abubakar.

The visit, it is understood, was to canvass for votes from All Progressives Congress (APC) delegates ahead of the ruling party’s 2023 primary election.

Speaking on the occasion, Osinbajo, who recently joined the 2023 presidential race, said his experience as a vice-president, acting president and working with Buhari would be “extremely useful” in governance.

He said: “I have had the honour of serving under a transparent leader, President Muhammadu Buhari, who exposed me very diligently to all that there is to know about governing a complex and very diverse country such as ours.

“With the experience that God has given me and the exposure that I have had, including being acting President on occasions; if God enables me to become president of the Federal Republic of Nigeria, I think my experience, all I’ve learned, will be extremely useful.”

His comment further corroborates his earlier remark that he would build on the “legacies” of Buhari if elected.

Many Nigerians have been criticising Osinbajo due to the poor economic indices and widespread poverty experienced under Buhari, wondering what the future portends for the country should the Vice President toe the path taken by his boss.

At least one in three Nigerians able and willing to work had no jobs in the fourth quarter of 2020, according to the National Bureau of Statistics (NBS).

Statistics also show that Nigeria’s unemployment rate rose to 33.3 per cent, translating to some 23.2 million people in 2020, the highest in at least 13 years.

Also, Hanke’s Annual Misery Index established that Nigerians were more miserable in 2021 than they were in 2020.

The report released in February 2022, in analysing 156 countries, showed that Nigeria went from 15th among the most miserable countries in the world’s ranking in 2020 to 11th in 2021.

Insecurity has also taken a worrisome dimension under Buhari despite promising to end the menace on several occasions.

The inflation rate has also been alarming with prices of food and other essential items rising almost on a daily basis.

In March, for instance, the consumer price index, which measures the rate of increase in the prices of goods and services, climbed to 15.92 per cent in March 2022, amid rising food and gas prices.

The figure represents the highest rate recorded since October 2021 — and 0.22 per cent points higher than the 15.7 per cent recorded in the previous month (February 2022).