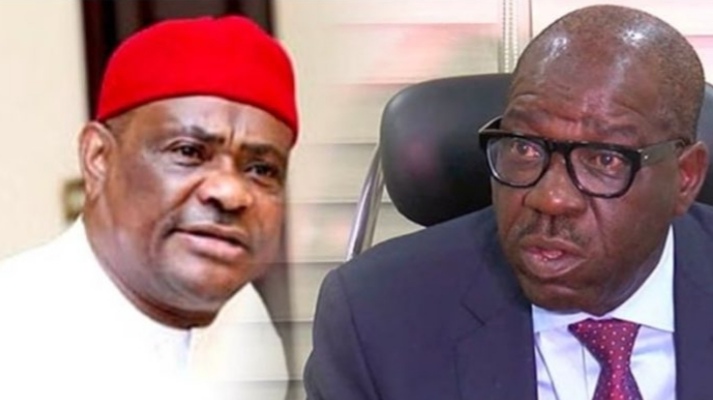 I have read the shambolic piece that was intended to cast a subtle aspersion on the integrity and credibility of a well-known, foremost presidential election forerunner and at the same time act as a face-saving cover for another well-know serial betrayer and ingrate, who has a penchant for turning against his destiny helpers. Till now, I cannot fathom what the writer hoped to achieve from his mockery.

To address the essay from just an angle: instead of the mockery tone that was childishly and unnecessarily unleashed on presidential aspirants allegedly humanising their campaigns across the country with what the writer, Mr Crusoe Osagie, called “comedy talent,” one would have expected the piece to explain, for example, what the writer’s principal has done to rehabilitate the victims of #EndSARS after the endless sittings of a state-constituted panel with public funds, since, according to Osagie, the protest showed who actually holds political power in Nigeria. Who knows? That could even recommend his principal as a better option to those he labelled as comedians with capacity for comic relief. However, Osagie and his principal, Obaseki, believe in their short memory that Nigerians have forgotten so soon how their government hoaded palliatives meant to help Edo people fight COVID-19 hunger, poverty and deaths.

That Mr. Osagie failed to name the man whom he subtly but pointedly directs his veiled piece towards only shows the cowardice, belly-aching and hypocrisy that underpins governance and the hearts of officials of government nowadays in Edo State under the rulership of Mr Godwin Obaseki, whom he rightly introduced himself to be working for, as an aide.

Even more confounding is Mr Osagie’s overwhelming concern for “political jesters junketing the length and breadth of Nigeria’s extensive ethnographical space, seeking to be candidates of their political parties, en route to Aso Rock Villa” at a time, for example, Benin City, Edo State capital, is floating on a sea of flood just after the earliest rains of the year.

At a time Osagie is speaking for Obaseki against presidential aspirants like Governor Nyesome Wike, who has made a greater and better appreciable progress in his state, indigenes of Edo State stay indoors away from farms, roads, markets and offices for fear of being killed by herdsmen, bandits, kidnappers and terrorists even as Obaseki has refused to pass the open grazing law unlike his southern counterparts. Youths are needlessly wasting lives in avoidable cult wars and related violence occasioned by large-scale unemployment.

Ekenwan Road, which has been under the government’s construction since its first term is impassable. Sapele Road has also become impassable long after Obaseki mobilised supporters to the road to make promises. Edo government claimed Sapele Road is a Federal Government road. But the adjoining state roads along Sapele Road are just as worse. Floodwater has taken over the entire Benin City even as there’s no transparency and accountability in the financial dealings that underlines the endless memorandum of understandings (MOUs) the Governor signs daily.

While the short-sighted essay that is not worth the honour of a latrine tissue paper used for wiping human excreta will not be dignified in anyway, let me put it in a few words that by the singular act of visiting Edo State and by-passing the Government House, Governor Nyesom Wike has shown that truly, he is the master of politics as he is of good governance, compared to Obaseki, who is still learning the rudiments of politics and governance.

If Obaseki believes he is as popular or respected nationally as his aides wrongly portray him, let him come out openly to declare for presidency and start visiting states too to solicit for delegates’ votes in his own unique way. After all, he has always branded himself as a ‘technocrat’, perhaps, what Nigeria needs at this most critical time! He can even dare and go to Rivers State to do what Wike did in Edo State! It’s only then Edo people would know he is truly an ‘Ematon’ and not just an ordinary plastic material that melts under the heat of a little sunlight!

Sebastine EBHUOMHAN lives and writes from Abuja. He can be reached on: usie007@yahoo.com.