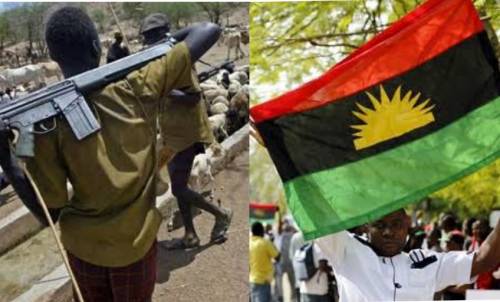 IPOB has dares armed herdsmen to carry out alleged threats to invade, take Over South-East Nigeria

A group of herdsmen had reportedly threatened to invade the South-East and take over the land, saying they had done so in some other parts of the country.

However, the spokesperson for the Nnamdi Kanu-led group, Emma Powerful, said they were waiting for the suspected herders to carry out their threat, adding that such assailants would not be spared.

“They can only do what they are doing in the places they are doing it now, but not in Igboland. Everybody knows that these people are the problem of Nigeria and we can’t relent until their evil control is dissolved.

“We are used to their daily raging and threats but we are waiting for them to come again and attack any Igbo community and we promise them that they will never escape.”