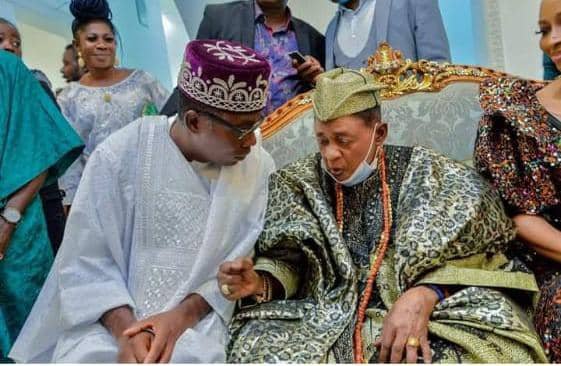 The demise of Yoruba paramount ruler, Oba Lamidi Adeyemi, the Alaafin of Oyo has been described as a great loss to Yoruba nation and indeed Nigeria at large.

The Frontline presidential aspirant on the platform of Social Democratic Party (SDP) Prince Adewole Adebayo on his Twitter page expresses sadness over the Monarch’s demise, describing him as one of the pillars of peace and tradition in Yoruba land.

“With a deep sense of personal loss and national tragedy, I mourn the demise of Oba Lamidi Olayiwola Atanda Adeyemi III, Alaafin of Oyo after 51 years of meritorious graceful reign 29 of which Baba and I shared deep paternal, philosophical and ideological chemistry”, Adebayo tweets.

As a politician with a royal blood, Prince Adebayo consoles “Bashorun, Oyo Mesi, Oloris, Aremo, Omobas, Obas, Governor (Seyi Makinde and other governors in Yoruba land) and people of Oyo, praying God to give them the fortitude to bear the loss.