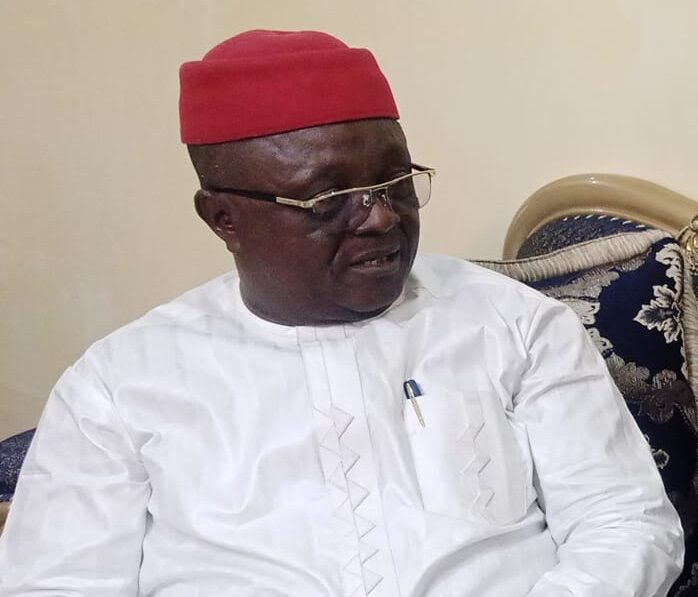 The National Chairman of National Rescue Movement, NRM, Amb Isaac Ude says why Nigeria is high need of a third force like National Rescue Movement, NRM to rescue it from the present woes. Ahead of the next round of national election in 2023, many Nigerians are saying that neither the ruling All Progressives Congress (APC) nor the main opposition People’s Democratic Party (PDP) is good enough for the future of Nigeria. Amb Ude stated.

The thinking is that the Nigeria of 21st Century needs a forward-looking party to take it on the journey of tomorrow.

Meanwhile, the seeming failure of the APC government and Muhammadu Buhari’s administration has re-echoed clamour for change. While Nigerians appear not interested in PDP either, others have advocated for a realignment of third force.

The need for an alternative platform in 2023 has become imperative.

Amb Isaac Ude National Chairman of NRM urged Nigerians not to vote for the APC and PDP henceforth, alleging that the two major political parties have destroyed everything, and are like Siamese twins of corruption and that it was high time Nigerians looked for a credible alternative.

The bad things these parties committed in those past years, Nigerians should never give their trust to them again. It is now very clear that these parties will never change, even if they are given another chance.

The APC and PDP have formed governments; we were all witnesses their poor and failed performance. They did not come with good intentions to make amends. If you look at the fight against corruption, all these corrupt people that were supposed to be prosecuted sneaked into the APC,” Ude said.

According to Ambassador Ude, National Rescue Movement, NRM is the third force that is coming to rescue Nigeria from current economic and security challenges, i think the third force would solve our problems. When APC came to power people were talking about alternative, change, but look at them now, total failure.

National Rescue Movement objectives is to attain political power through democratic and constitutional means for the purpose of creating socio-economic conditions in which the productive energies of individual citizens and corporate groups are enhanced and utilized for national development.

To promote peace, order and good government whose primary responsibility shall be the welfare and security of all citizens founded on the principles of freedom, equality and justice.

Promote participatory democracy at all levels of the government in the belief that sovereignty belongs to the people from whom government, through the Nigerian Constitution, derives all it powers and authority.
To inculcate decent, selfless service and patriotic culture in Nigerian politics.

To inject new blood into Nigerian politics to facilitate the achievement of the welfare and security of the people.

To establish a true democratic government where respect for the rule of law, equity and social justice prevail.

To field, sponsor and ensure the success of credible candidates for elections to various political positions in the three tiers of government.

To steer the course of Nigerian politics towards socio-economic and political emancipation of the people of Nigeria.

To sensitize, mobilize and assist the Nigerian youth for self-reliance and self-employment as part of efforts in curbing the rate of unemployment, and youth restiveness in the Country.
To revolutionize, modernize and incentivize agriculture to provide sustainable employment, self-reliance and food sufficiency for local consumption and export.

Undertake other activities which in the opinion of the party are ancillary, incidental or conducive to the promotion of the aforementioned aims and objectives.
Our Principles.

National Rescue Movement is built on the principles of using Political Power to serve God and Humanity.

Selfless Service Against Politics of Self-Enrichment.

Respect for the Rule of Law Against Politics of Impunity.

Politics of National Integration Against Politics that Stikes Fear and Division.

Politics of Respect for the Ordinary Citizens Against Politics of Patronage of the Elite.

It is my belief and of the members of the National  Resuce Movement NRM that whether we like it or not and whether we accept it or not our experence from 1999 to date has unequivocally shown that we have failed and it is a shame. Furthermore, it exposes us (politiicians) as incaplable of giving Nigeria good Governance. It is our conviction that all the socio-economic and political crisis bedeviling the country are manifeststions of bad Governance