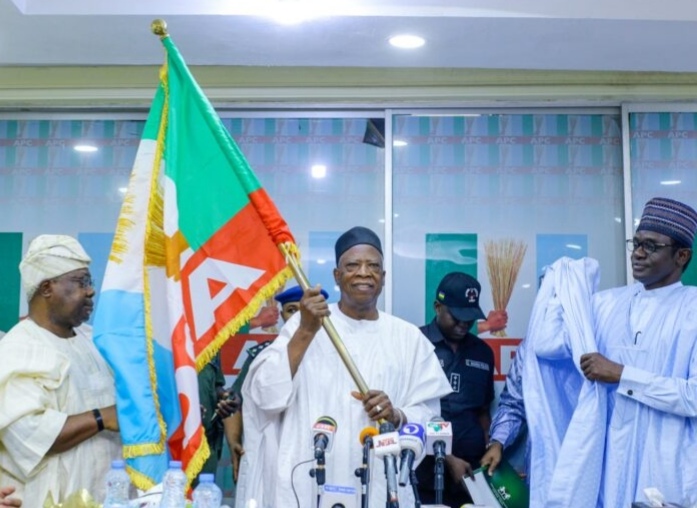 The All Progressives Congress has decided that it will choose its presidential candidate through an indirect primary election.

The decision was reached at the party’s 11th National Executive Committee meeting holding at the Transcorp Hotel in Abuja.

Also, President Muhammadu Buhari and other leaders of the party transmitted their powers to the National Working Committee of the APC to make decisions for a period of 90 days.

The party also pegged its nomination and expression of interest at N100M.

The party’s national publicity secretary, Felix Morka, disclosed this shortly after the 11th National Executive Meeting in Abuja on Wednesday.

Opposing an earlier announcement by the party’s national women leader, Betta Edu, that the women will get free forms, Morka said women are entitled to free nomination forms but will pay for their expression of interest forms.

Others in the APC who are rumoured to be nursing Presidential ambitions include Ekiti State Governor and Chairman of the Nigerian Governors’ Forum, Kayode Fayemi; the Minister of Labour and Employment, Chris Ngige; Former Governor of Ogun State, Senator Ibikunle Amosun. The Governor of the Central Bank of Nigeria, Godwin Emefiele, is also considered a contender.

The National Executive Committee (NEC) of the ruling All Progressives Congress (APC) has transferred its powers to the National Working Committee (NWC) for the next 90 days.

National Secretary of the party, Senator Iyiola Omisore, disclosed this at the ongoing NEC meeting of the party.

Omisore said the NEC resolved to transfer it’s powers in Artctle13(3) of the party’s Constitution to the Senator Abdullahi Adamu-led NWC for 90 days.

The motion for this decision was moved by Senate President Ahmed Lawan and seconded by Kaduna Governor Nasir El-Rufai.