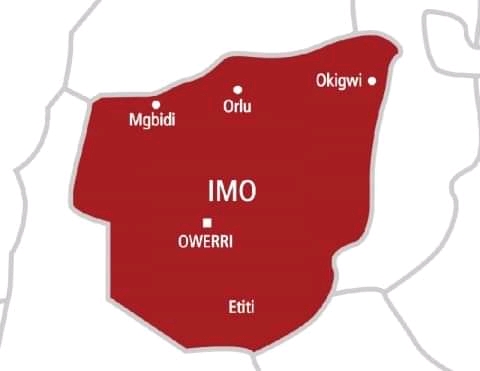 There is pandemonium in some communities in Orlu and Orsu local government areas of Imo state following a shootout on Sunday between security operatives and unknown gunmen.

Families are currently mourning the loss of their loved ones amid allegations that the security operatives shot into people’s houses.

The security operatives were said to be on the lookout for members of the Indigenous People of Biafra (IPOB) that are allegedly lodging in some of the houses in the community.

A musician, Roco Nnadiekwe, popularly known as Ja Rule has been identified by residents as one of the casualties of the crisis. The musician was said to have returned to his hometown from Port Harcourt, Rivers State, last week and was supposed to shoot a video of his latest song (single) in Owerri, on Monday, before his death.

It was learnt that the shooting started from Banana junction before spreading to other areas. Other affected areas were Amanachi, Awo-Idemili in the Orsu Local Government Area of the state.

Meanwhile, #OrluIsBleeding has been trending on Nigerian Twitter, with many tweeps saying they need to draw the attention of the world to what is going on Orlu.

A tweep @joechristoinfo alleged that men of the Nigerian Army from Owerri with their combined troops invaded the communities at 12 pm on Sunday after which they killed an elderly man.

According to him, there was no clash between the security operatives and gunmen.

This is what they did to our people without provocation.

There wasn’t any unknown gunmen challenges yes there wasn’t, it was around 12pm today being 17th of April 2022 when Nigeria army troops in from Owerri with their combined team. #Orluisbleeding pic.twitter.com/1HAcnz3CkX

Another tweep @OformaParadise wrote: “The Nigerịa military were seen going house to house kị́lling Igbo youths in their own homes in Orlu. Heartbreaking videos are online and families in tears.

On Easter Sunday they chose to bring death to our people while Igbo leaders watch helplessly.”
People are saying Happy Easter, but Terrible things are happening in Orlu Imo state. This has nothing to do with Unknown Gunmen. Nigeria soldiers in their numbers are shooting directly on civilians. Everywhere in Orlu is littered with dead bodies. #OrluIsBleeding@StateDept @hrw pic.twitter.com/cdJhUwbolE

The Nigerá»‹a military were seen going house to house ká»‹Ìlling Igbo youths in their own homes in Orlu. Heartbreaking videos are online and families in tears.

On Easter Sunday they chose to bring death to our people while Igbo leaders watch helplessly.#OrluIsBleeding

I saw this on a friend’s status…

Imagine this is happening during a festive period like this when we are meant to be celebrating the death & resurrection of Christ.

Only for families to be losing their loved ones

What is happening with our government