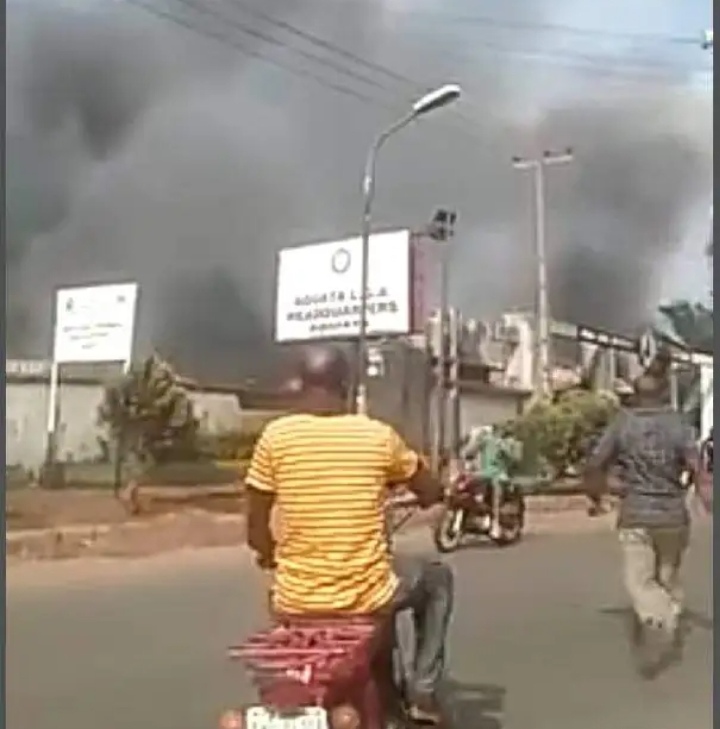 The Council is currently said to be under heavy attack by arsonists believed to be the dreaded unknown gunmen that have made life unbearable in the South East.

Aguata, which is the local government of the Governor, Professor Charles Chukwuma Soludo came under attack in the afternoon of Thursday, April 7th, 2022.

As at the time of filing this report, the council headquarters was torched by the invaders.

It was also gathered that the gunmen also attacked the market in the council- Eke Ekwulobia.

When contacted, DSP Ikenga Tochukwu told our correspondent that “following the report of the fire incident at the local government headquarters, the command has deployed men to the area and the situation has been brought under control.”

He promised to get back with more details when they’re available to him.

Aguata has become a traget for violent attacks in recent times.

The Governor had declared an end to the Monday’s sit-at-home which the main stream Indigenous People of Biafra, IPOB had suspended but some hoodlums are still enforcing it.