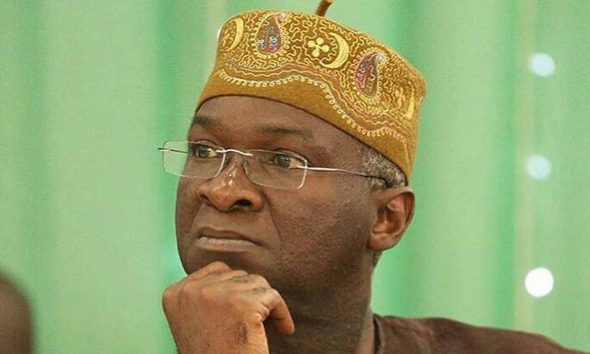 The Minister of Works, Babatunde Fashola has suggested that politicians in the  country should engage in debates to tell the citizens why they should get their votes.

The Minister said debates provide the necessary platform to sell their ideas to the public and convince the electorate on why they should vote for them.

Hotmedia.ng gathered that Fashola made the submission on Tuesday at the 12th-anniversary symposium organized by a civil society organization, Enough is Enough (EiE) Nigeria with the theme, ‘On Debates and Democracy.’

The Minister pointed out that as a relatively unknown politician back in 2007, debates gave him the opportunity and platform to sell himself to the public.

He, therefore, encouraged the organization and participation of political debates for politicians to engage with the public.

“In 2007, people didn’t know who I was politically. People who knew me were the judges and the lawyers in the court, and they said where did you bring this candidate from. And it was clear to me that the only way I was going to connect to the people was during that debate,” he said.

“Debates should take place in places like university campuses where some of the debates take place in the US. I think labour groups, manufacturers groups, interest groups, can organize debates.

“If there are candidates who seriously want to get the votes of those people, these are the platforms to speak to them.

“If a candidate persuades me at a debate, I’d likely go out to vote for him.

“So it is platforms like this that help you test ahead of making a choice, what kind of persons you are entrusting the most serious jobs either in your local government, your state or in your country. And that became very defining for me as a much younger person.”