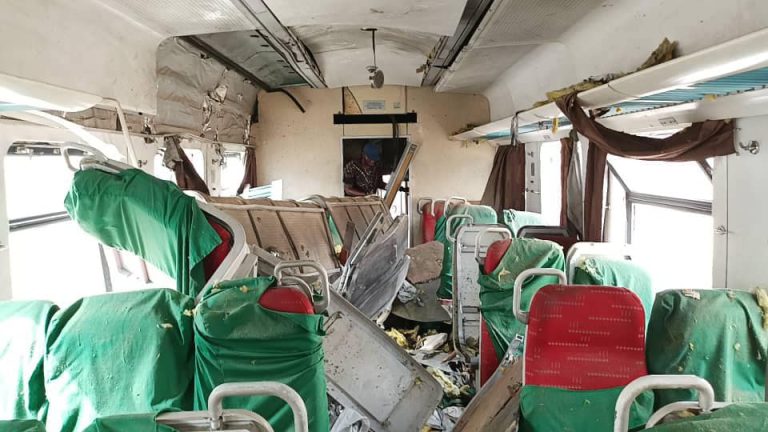 The Nigerian Railway Corporation on Monday disclosed that one hundred and forty-six passengers on the Abuja-Kaduna train are unreachable six days after terrorists attacked the train.
The Managing Director of NRC, Fidet Okhiria, revealed this in a statement released on Monday.

According to Okhiria, the number of safe passengers have increased to 186.

He noted that fifty-one contacts on the manifest are either switched off or unreachable since Tuesday morning.

Okhiria added that thirty-five phone numbers on the manifest are ringing, but no response from the other end.

The NRC managing director noted that sixty phone numbers on the manifest when called, responded non-existent.

He disclosed that twenty-two people have been reported missing by their relatives, while eight persons have been confirmed dead.

“The statement is aimed at updating Nigerians on the ongoing development regarding the clearing of the incident site (recovery of the rolling stock, repairs of the track) and status of Passengers that were onboard the AK9 train of Monday, March 28.

”Of the 362 validated passengers on board the attacked AK9 train service on March 28, 186 persons on the manifest are confirmed to be safe and at their various homes (additional 14 persons confirmed safe today).

“This brings the total number of recovered Coaches and safely moved to NRC Stations to be seven. Intensive work continues on track repairs. More concrete Sleepers were moved to site while some section of twisted tracks has been straightened.

”We remain grateful to the security agencies for all the support. We are very appreciative of Squadron Commander MOPOL 1 Kaduna’s visit to the accident site today.

”NRC will continue to update the general public of developments to prevent misleading information and falsehood.”