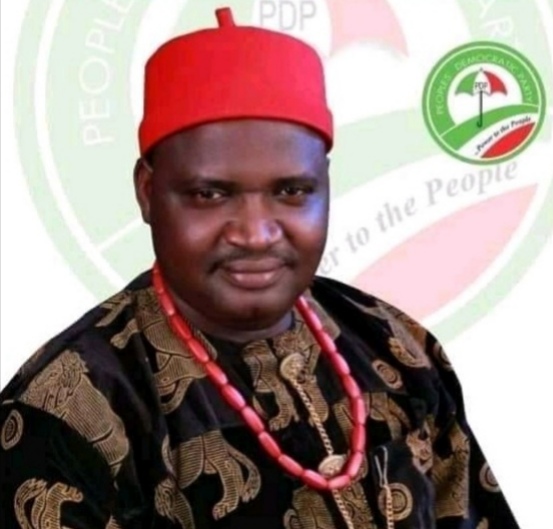 Abuja Municipal Area Council, AMAC is the most viable Area Council in the Federal Capital Territory. Out of the six Area Councils of FCT, it stands out because of its cosmopolitan nature, made up of the indigenous people of AMAC and residents from all parts of the country.

It is a privileged Area Council that hosts the seat of power of the most populous black nation on earth.

He is a thorough bred politician, a grass root mobilizer, a business mogul and a detribalized Nigeria. He has lived all his life at the Abuja Municipal Area Council, so he knows and understands the challenges of the area.

This humble homosapien with calm disposition started his educational pursuit at the Garki Primary school from 1989 in Garki vilage. He later proceeded to Saint Paul ,s Secondary School from 2002 to 2007.

The Chairman- elect of the Abuja municipal Area Council decided to venture into the murky waters of politics in 2009 when he first contested for Councilor from 2013 to 2016.

From 2016 up till 2022, Hon. Christopher Zakka has worked with different past chairmen of AMAC at various times because of his wealth of experience in Area Council affairs having distinguished himself as a Councilor par excellence.

This man who by the grace of God will superintend the affairs of AMAC for three years running in the first instance, is a man who is consistently selfless, a practical and practicing politician has greatly endeared himself as a lover of humanity especially when it affects the empowerment of Youth and women in AMAC as well as Nigeria in general.

In 2015, Hon. Christopher Zakka Maikalangu was chosen to represent the country in Tel-Aviv Israel at the world Conference of Mayors because of his indisputable knowledge and experience as a Councilor with a difference.

It needs be stressed that as a politician and a former distinguished Councilor in AMAC, Hon. Christopher Zakka Maikalangu has been found worthy in character and leadership because of his frankness, sincerity and capacity to deliver on every task he is assigned to do, hence he has continued to be a pride to all the past leadership of AMAC.

This man of Destiny understands clearly the socio-economic dynamics of the people of AMAC, hence his resolve to contest the Chairmanship position of AMAC.

To this effect, on February, 12th, 2022 he was the flag bearer of the people’s Democratic Party, PDP for the AMAC Chairmanship election.

It is no longer news that our dear Hon. Christopher Zakka Maikalangu overwhelmingly won the election by polling 19,302 votes to defeat his closest opponent of the All Progressive Congress, Usman Murtala Karshi who polled 13, 240 votes.

Indeed, the people of AMAC spoke overtly through the ballot box on 12th February, 2022 and elected a leader of leaders, a man of infectious humility.

In his victory speech after declaring him winner by the returning officer, Prof. Sani Saka of the University of Abuja, the Chairman-elect of AMAC promised to carry everyone along in the development of Abuja Municipal Area Council.

AMAC residents are seriously expectant of what the new administration of Honorable Christopher Zakka Maikalangu will bring to bear as he is attested and proven.

Come 20th May, 2022, he will be formally sworn in as the Executive Chairman of the Abuja Municipal Area Council for the first term of three years.

As a devoted Christian and a God fearing personality, the Chairman –elect of AMAC will certainly change the narrative as he officially assumes office on 20th May, 2022.

Judging by the rich pedigree of the Chairman- elect of AMAC, the much awaited infrastructural development and human capital development of youths and women of AMAC residents will be realized.
Without mincing words, Hon. Christopher Zakka Maikalangu, a team player, has the cognate experience and innovative drive to move AMAC to higher heights.