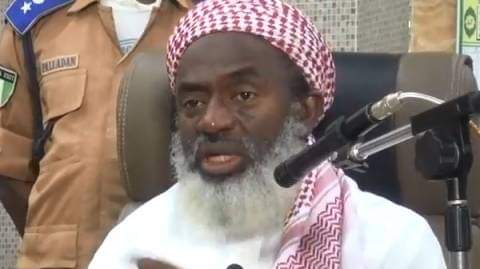 Khalid was suspended as Chief Imam of Apo Mosque by its steering committee after his sermon against President Muhammadu Buhari’s government and its handling of insecurity in the country.

The cleric had knocked Buhari about not visiting Kaduna after an Abuja-Kaduna train was attacked by terrorists last Monday.

Eight passengers were confirmed killed during the attack while many were kidnapped by the terrorists.

Before the train attack, some terrorists had also stormed the Kaduna airport, killing one person. And twice within 24 hours, bombs were discovered and disabled by the police in the state.

The cleric had urged worshippers and entire Nigerians to shun the polls in 2023 if the government fails to fix the security problems and other challenges confronting the nation.

According to the committee, the sermon was capable of inciting public outrage.

Many Nigerians have criticised the government for allowing the suspension of the cleric, whom they have described as speaking truth to power.

Reacting, Gumi, in an interview with DAILY POST on Monday, described it as “sentiments overriding intellect”.

According to the controversial scholar, the Imam was wrong for trying to discourage Nigerians from participating in the election to vote out bad leaders, saying he is worse than kidnappers.

He said, “It’s a case of sentiments overriding intellect. Calling masses not to vote (out the) incompetent government by massive voting is worse than the few kidnappings and a misplaced judgment.”