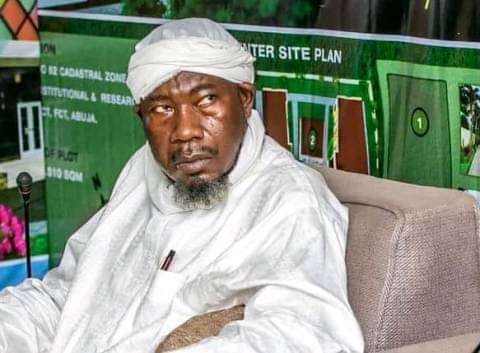 The management of the Apo Legislative Quarters Juma’at Mosque in Abuja has disengaged Sheikh Nuru Khalid from his position of the Chief Imam of the mosque.

The mosque’s steering committee had earlier suspended Khalid for criticising President Muhammadu Buhari over the last Monday night’s attack on an Abuja-Kaduna train.

The Imam, in his Friday sermon, had criticised President Buhari for failure to visit Kaduna over the terrorist attack, saying mere condemnation wasn’t enough.

He argued that the president was in Kaduna for campaigns but refused to visit the state after the bomb attack on the passenger train.

“Everyone condemned the incident, except the bandits. So condemnation is not enough. The president should visit the state to sympathise with the victims.

“The president has been to Kaduna for campaigns but couldn’t go to the state on a sympathy visit,” he had said.

Speaking to SaharaReporters on Monday, the Islamic cleric said he had been given a letter of disengagement.