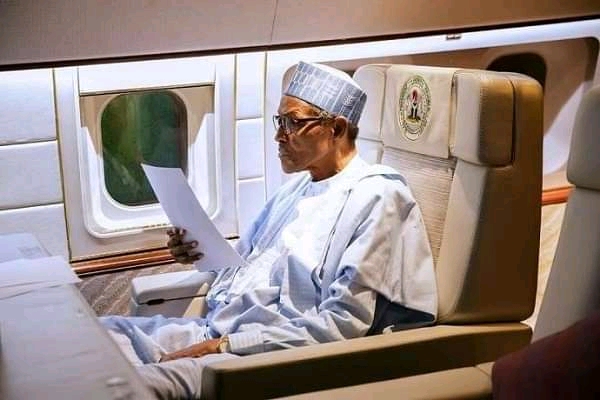 President Muhammadu Buhari has cancelled his visit to Abeokuta, Ogun State earlier scheduled for next week.

It has been had reported that the President was expected to depart Abuja next Tuesday for Abeokuta.

The Ogun State Government also confirmed the planned visit in a short statement on Thursday.

“His Excellency, President Muhammadu Buhari, GCFR will be visiting Ogun State for the commissioning of some of the legacy projects of our dear Governor, Prince Dapo Abiodun, MFR.

“Some of the projects include; the Gateway City Gate, GCG; Sagamu Interchange-Siun-Abeokuta Road; Kobape Housing Estate; King’s Court Estate; and Ijebu Ode-Mojoda-Epe Road. It promises to be a fun-filled and fulfilling official visit,” the statement read.

Speaking to correspondent, a presidential source disclosed that the visit to the South-West state has been cancelled.

According to the source, Buhari fell sick on his way to Turkey.

He added that an advanced team of the President had been asked not to leave Abuja.

“The planned trip to Ogun State has been cancelled. The President is not feeling well, he is still on his way to Turkey. They just left Reggio Calabria in Italy,” the source said.

However, the Presidency has come up with a lie as an excuse for jettisoning the trip to Ogun next week.

“Their excuse is that the host is not ready; that is their excuse for shunning the trip,” the source said.

The Nigerian President has been junketing across the world in the last three months.

On December 1, it was reported how Buhari departed the country to attend the Expo 2020 in Dubai in the United Arab Emirates.

In September 2021, Buhari travelled to New York, United States, to participate in the 76th Session of the United Nations General Assembly.

On October 3, he visited Ethiopia to attend the inauguration of the country’s Prime Minister, Abiy Ahmed, for a second five-year term in office.

He was in Saudi Arabia on October 24 for an investment conference organised by the Future Investment Initiative Institute and lesser Hajj in Madinah and Makkah.

Two days after returning to Nigeria from Saudi Arabia, Buhari left the country for Glasgow, Scotland, to participate in the 26th Conference of Parties (COP26) to the United Nations Framework Convention on Climate Change (UNFCCC).

The President, however, on November 2 secretly abandoned the conference and travelled to London for a medical checkup.

On November 13, it was also reported that Buhari in endless junketing was pictured leaving the French capital with some of his aides and making his way to the 5N-FGW (Gulfstream Aerospace) aircraft.

The 5N-FGW (Gulfstream Aerospace) was registered as Nigerian Air Force 1, to replace the Boeing Business Jet (Boeing 737-700) 5N-FGT that is still in Germany for repairs.