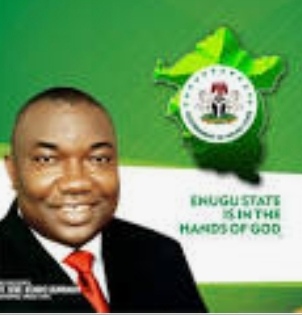 The Forum of Young Advocates for Justice and Equity in Nigeria (FYAJEN) has made a very strong and passionate case for a Nigerian President from the South East or Igbo Extraction come 2023 General Elections. Addressing a National Press Conference after an Emergency National Executive Meeting held at the Association’s National Secretariat at Jahi District Abuja, on Saturday, December 11, 2021, the National Coordinator, Amb. Ibrahim Yusuf made this disclosure.

FYAJEN based its argument upon the traditional and well established Tripod Tribal Standpoint of the Nation, generally referred to as the WAZOBIA Convention, which comprises the YOURUBA, HAUSA AND IGBO major Tribes.

Reading his Press Text before large crews of Newsmen and Women, Comr. Ibrahim spoke as follows;

“We the Forum of Young Advocates for Justice and Equity in Nigeria (FYAJEN), being a National Movement of democratic, progressive and patriotic minded Young Leaders from across the 36 States of the Federation and the FCT, having being carefully following all significant Socio-political and Economic Developments in the Country, hereby formally address the Press in particular, and Nation in general, over the forthcoming Presidential Election in Nigeria, and the dire need to have a President of the Igbo extraction”.

The FYAJEN National Coordinator went on to say “In line with the Cardinal Objective of this noble Association, which is to emphatically advocate for and promote Justice, Equity and Peaceful Coexistence among the People of the Federal Republic of Nigeria, we wish to state, without fear or favour, that it is most just and equitable for the Country to rally support for a Nigerian President of the Igbo extraction come 2023 General Elections”.

“Our argument is primarily premised upon the traditional and nationally accepted tripod “WA-ZO-BIA” configuration of the Nation, being Yoruba, Hausa and Igbo ethnic nationalities. Within the new advent of Democracy in 1999, the Yoruba Ethnicity through President Olusegun Obasanjo has governed Nigeria for 8 years. The Hausa extraction has equally had an 8 year circle of Leadership through President Muhammadu Buhari, not to mention the 2 years of President Umaru Musa Yar’Adua, that was disrupted by President Goodluck Jonathan. Having witnessed the “WA” and the “ZO” components of the Nigerian Configuration, in this new democratic experience, in become natural, a matter of justice and equity to create way for the “BIA” aspect to complete this beautiful and god-designed makeup of the Nigerian State”.

“This, if achieved, would strengthen our bond of Peace and Unity, and further enhance National Development, as all the 3 Ethnic Nationalities would have a mutual sense of ownership of the Nation and equal commitment towards Nation Building. The Forum of Young Advocates for Justice and Equity in Nigeria (FYAJEN), hereby call on a the Political Gladiators in the Country to kindly consider our proposal and heed to this reasonable and patriotic admonition”

In his words “Furthermore, in scouting for a credible, patriotic, detribalized and tolerant and peace-loving Nigerian of the Igbo extraction, the national democratic searchlight must beam on a leader with tested and proven pedigree, with clearly verifiable track records”

“This is where Governor Ifeanyi Ugwuanyi of Enugu State stands out tall above the rest. From a thorough and unbiased assessment conducted by a Special Committee setup by FYAJEN, and a random sampling of general Opinion of Ndigbo across the Country, His Excellency, Rt. Hon. Ifeanyi Ugwuanyi’s Administration has made Enugu State not just the most Peaceful in the South-East, but moreso a safe haven for every Tribe and Religion in Nigeria. Enugu has become a home for all to dwell in harmony and progress”

Read Also : Save Nigeria Project Urges Gov. Ugwuanyi To Synergize With Its President, Dr Charles Chukwu For Effective Take Off Of SNP Pilot In Enugu

“Governor Ugwuanyi’s leadership philosophies and nationalistic lifestyle has influenced the People of the State remarkable, implanting in the masses the spirit of brotherhood and mutual-appreciation of Socio-cultural, Political and Religious Differences. His penchant for Peace, and capacity to Unite persons and parties of conflicting interest has highly endeared him to FYAJEN”

The FYAJEN Leader debunked any financial or political inducement, stating that the Organization had never had never had any contact with Governor Ugwuanyi or any of his Associates. “We must state clearly and categorically that the Forum for Young Advocates for Justice and Equity in Nigeria, has never had any personal contracts or any form of exchanges with Governor Ugwuanyi or anyone within his Administration, therefore, not under any inducement or obligation in reaching this Position. However, we are compelled by our strong desire for Justice, Equity and Good Governance for Nigeria, in this most trying times of our History”

He concluded thus, “We end this Press Briefing by calling on the Political Actors to seriously look the direction of the South East, while considering the tested and competent personality of Rt. Hon. Ifeanyi Ugwuanyi for the next Nigerian President, to stabilize and further cement our National Integeration, while fostering rapid Development, through peaceful Coexistence, as he has successfully achieved in Enugu State”

Answering questions from the Press, the National Coordinator of FYAJEN boasted of a large national Membership that will be adequately mobilized in support of the South East ambition for the Presidency of Nigeria, while heartily projecting Gov. Ifeanyi Ugwuanyi as suitable for the job.