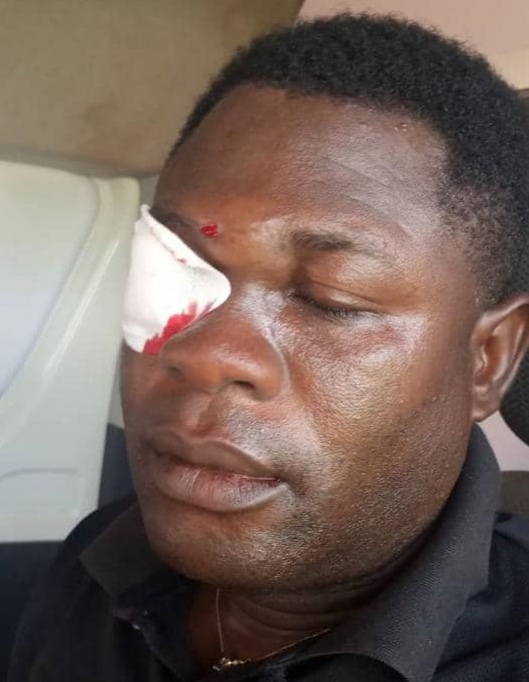 One Police officer and an unarmed private security driver attached to Okomu Oil Palm Company PLC are in critical conditions following attack by gunmen who allegedly were in the company’s rubber plantation to steal wet rubber cup lumps.

The incident, which took place over the weekend, occurred while the victims were on their routine patrol around the company’s rubber plantation.
An Eyewitness revealed that the police man with the counter terrorism unit and the unarmed private security personnel were on their daily patrol within Okomu Plantation to check on their colleagues when they were accosted by the armed men numbering over fifteen (15), who apparently come to steal wet rubber cup lumps from the plantation.
He added that as soon as the gunmen saw the security personnel they opened fire, and attempts for the police officer to repel the armed men proved abortive as they were overpowered due to their large number.

It was further gathered that the police officer and the unarmed private security driver retreated to get reinforcement and on return to the scene, were ambushed by the gunmen who had strategically positioned themselves inside the plantation opening fire on them.
In the ensuing gunfire, the CTU officer and the unarmed private security driver sustained various degrees of injuries in the head and eye respectively whilst in their bullet ridden vehicle.

It took the efforts of the men of the Nigerian Military to dispel the armed men who fled leaving behind the wet rubber lumps they had collected which weighed 1,460kg.
Confirming the incident, the Communication Officer, Okomu Oil Palm Company PLC, Fidelis Olise, said the incessant attack on the company by armed bandits whilst trying to steal the company’s product is a threat to investments as no investor would put his money in an environment replete with such attacks. He added that these attacks would propel the company to take further security measures to safeguard the company’s personnel and property.

It will be recalled that attacks on Okomu plantation by armed men have become an all too familiar feature with two security personnel killed following similar attack last year by bandits trying to steal the company’s product. The company appealed to Government to beef up security in the area as it is becoming increasingly difficult for the workers to go about their duties without fear of being attacked by armed bandits

A bullet ridden vehicle in which the policeman and the driver were attacked at Okomu plantation.

The CTU officer attacked by the armed bandit.

The private security driver who sustained injuries in his eye