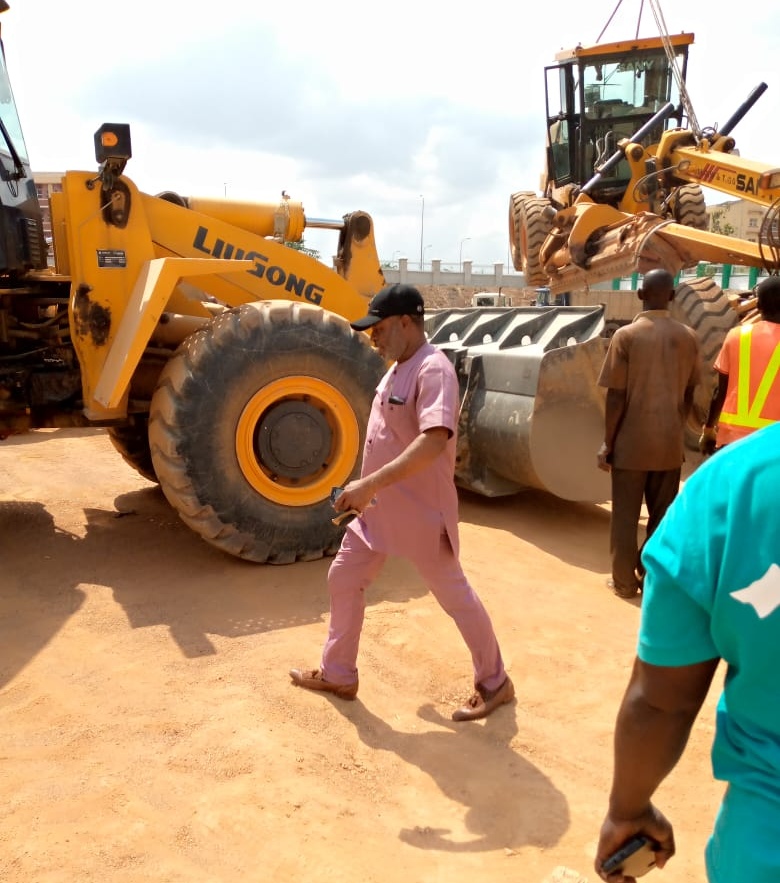 The Special Assistant on Solid Minerals Hon. Ozoemena Njoku embarked on the grading of some internal roads in Ugwulangwu to ameliorate the hardship being encountered by the  people of Ugwulangwu who ply the roads.

In a press release signed by Monday Okorie, Office of the SA On Solid Minerals, Ebonyi State, on 4th December, 2021

There is no gainsaying that some of the  internal roads in ugwulangwu are bad due to the heavy rain in the rainy season and as such, makes lives very uncomfortable for the villagers and other passerbys especially while conveying their farm produce home from the farms.

The villagers who actually know what they are passing through on these roads expressed their joy and thanked their son Hon. Njoku for remembering home so quickly than expected, adding that they have confidence in him and the government of Umahi  that more is coming.

Njoku said this is to compliment the efforts of the governor who has constructed abaomeoge ukawu ugwulangwu Okposi road, Okposi nwafor ABO Aja nkwo road under construction by Governor and numerous roads constructed and graded by our daughter princess Nkechinyere Iyioku ,the chairman of Ohaozara local government.

Njoku thanked His Excellency Engr. David Nweze Umahi on whose shoulders he stand to do what he is doing, saying that he trust his master to build even more sophisticated roads projects for our dear community Ugwulangwu.

He said, “by next year this road will be concrete road as well as other projects too. Our electricity has also been approved by His Excellency. May I thank your Excellency Chief Engr David Nweze Umahi for all his good works in Ebonyi state and pray God to make him president of Nigeria come 2023 in Jesus name Amen”.