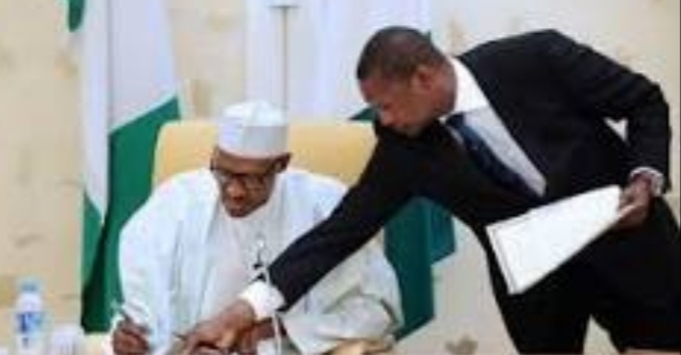 Nigeria’s President Muhammadu Buhari has been told to sack the Attorney-General of the Federation (AGF) and Minister of Justice, Abubakar Malami.

A former Senate President, Adolphus Wabara made the demand in an interview with Vanguard.

According to Wabara, Malami is an embarrassment to the administration of President Buhari and doesn’t deserve to hold the position.

Wabara spoke against the backdrop of a recent submission by Malami that the leader of the Indigenous People of Biafra (IPOB), Nnamdi Kanu, cannot be pardoned when he hasn’t been convicted by a competent court of law.

Malami stated on Wednesday that it is too early to talk about pardoning Kanu because the pro-Biafra activist is still in court standing trial for treasonable felony and acts of terrorism charges.

Kanu is facing an amended 7-count charge bordering on treasonable felony and acts of terrorism which were brought against him by the Federal Government after his re-arrest and repatriation to Nigeria in June this year.

However, the former Senate President in his reaction said Malami is speaking with arrogant ignorance and arrogating powers that don’t belong to him to himself.

He argued that left to him, Malami would have been shown the exit door and therefore called on President Buhari to sack the AGF from his cabinet.

He said on Thursday: “Malami is the most confused, if not the most unlearned Attorney General of the Federation that Nigeria has ever had.

“He has embarrassed this government enough that if Mr. President were not distracted, the likes of Malami won’t be in his cabinet.

“Mr. President is focused on so many things but time has come for him to address the issue of Malami. What has he not done to embarrass this government? The other time, he was proposing a state of emergency in Anambra outside the knowledge of Mr. President!

“In civilized climes, Malami would have been asked to take the back seat. If I were the President, I won’t have the likes of Malami in my cabinet.”

Read Also : Why APC May Implode as Cabals Allegedly Plans to Impose Northern Presidential Candidate On the Party

Senator Wabara accused the AGF/Minister of attempting to twist the words of Mr. President who had promised a delegation of Igbo leaders who visited him in Aso-Rock that he would consider their difficult request for the leader of the proscribed Indigenous People of Biafra (IPOB), Nnamdi Kanu to be set free.