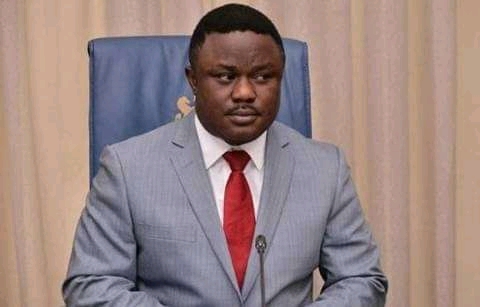 The Governor of Cross River State, Ben Ayade has said the anti-open grazing law which some southern states have passed based on the resolution of the Southern Governors’ Forum might lead to war in the country.

Ayade said such laws, without taking into consideration the concerns of nomadic herdsmen and farmers, might pose more danger as it might lead to anarchy across the country.

The governor also gave reasons why the state government had yet to pass the law in line with the resolution reached by the Southern Governors’ Forum during one of their meetings.

Ayade, who called the nomadic herdsmen his brothers, revealed that his government would come up with an Open Grazing Management Law which would accommodate the concerns of farmers and herders.

The Governor noted this during a press conference in his office on Thursday.

“You have a responsibility as an educated person. We sit in the office and that’s why even though certain governors have made it clear that governors must pass the anti-open grazing law, I have not because I’ve found a solution to it.

“My herdsmen brothers of north or south extraction, to shut down their trades, stay confined in a place whether they have a pasture or not, it doesn’t matter to me. So if I have a brother from Yobe state in a semi-arid condition with no grass and having no money to do irrigation to sustain his pasture, will I make his business illegitimate, shut him down and close him from survival? That is insensitive. What I think is anarchy, a deliberate invitation to war. That is inviting the nation into war.

Read Also : Malami Is The Most Confused, Incompetent AGF Nigeria Has Ever Had, Buhari Should Sack Him – Former Senate President

“I ask myself if indeed open grazing is coming with this consequence? The sociology and anthropology are unacceptable and we must find a way to create means and balance between the herders and the farmers. That’s the essence of being a leader.

“So before I pass the law, I decided to pull back and find a solution. That is why in Cross River, we’re coming with an Open Grazing Management Law. I think morally, ethnically, it is unacceptable to prohibit a trade that existed before I was born. I’ll rather find a way to modulate it so that it will meet the definition of modern animal farming or husbandry. I think because it’s a profession, a business, it’s also a fundamental right of people to do the business.

“Unfortunately, because of the social imbalance, associated pressure, demographic exposure, economic growth, most farmlands have been taken from infrastructure development at the moment. There’s a constriction that the 933,000 squares kilometres of land in Nigeria is no more expanding. Development is expanding and taking them, honestly, so we’re bound to have pressure.

“It’s our duty as a government to find a solution because indeed if we pass such a draconian law, and they also pass theirs, and we pass another, gradually we’re getting into war. But I’m a conformist. I belong to a certain governors’ forum and they said we should pass the law. I’ll pass the law but by the time the law is out, you’ll see that the law is coming with concerns for both parties.”

Some residents of Cross River have expressed the view that Ayade has been pro-President Muhammadu Buhari since he left the Peoples Democratic Party (PDP) for the ruling All Progressives Congress (APC).

Ayade formally defected to the ruling APC in May 2021 after months of speculations that he would do so.

Buhari has on several occasions been accused of not doing enough to curb the atrocities of suspected Fulani herdsmen and openly supporting open grazing, which often pits Herders against farmers.