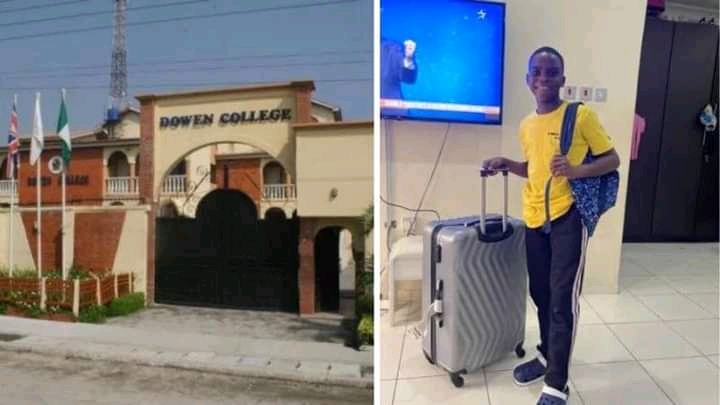 The Lagos State Government has ordered the indefinite closure of Dowen College, Lekki, following the death of 12-year-old Sylvester Oromoni (Jnr), who was allegedly beaten by colleagues for refusing to join a cult.

The closure, the state government said, is pending the outcome of an investigation into Sylvester’s death.

Commissioner for Education, Mrs Folasade Adefisayo announced the closure after a meeting with the management and staff of the school on Friday.

Following the death of 12-year-old Sylvester, the management of the school had earlier ordered that academic activities be put on hold for two days — Friday 3rd and Monday 6th of December.

This was disclosed in an email the school management sent to parents on Friday morning.

Though the school did not make a direct reference to Sylvester’s death, it said the stay-at-home was necessitated by the current happenings and the emotional disposition of its pupils.

The school also said it would allow the pupils to revise for their forthcoming examinations.

“In view of the current situation concerning the school and considering the emotions of our students, we have advised that our students stay home tomorrow Friday 3rd and Monday 6th.

“This will also afford the students opportunity to revise for their forthcoming examinations starting next week.

“Thank you for your understanding.”

On Wednesday, a social media user, @perrisoromoni, who is also a relation to the deceased, lamented the death of his cousin who was allegedly beaten to death at Dowen College, Lagos.

The young man who took to his Twitter handle alleged that the deceased was beaten to death after he refused to succumb to pressure by fellow pupils to join a cult.

According to him, the deceased mentioned the names of five persons responsible for the pain before he finally gave up the ghost on Tuesday.

On Friday, Sylvester Oromoni, father of the deceased 12-year-old pupil said the pupils who bullied his child, were once suspended temporarily by the school after they asked the boy to describe his sister’s private parts.