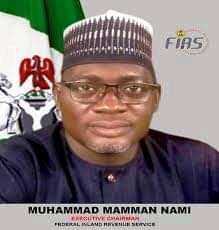 ax challenges of the digitalized economy.

Nigeria’s reasons for not agreeing to the Two-Pillar solution was explained in a webinar session hosted by the FIRS last week.

The Executive Chairman of the FIRS, represented by the Group Lead, Executive Chairman’s Group, Mr M. L. Abubakar, noted that taxation of the digital economy has become a topical issue that many economies and developmental blocs are working to solve, including the OECD and the United Nations Tax Committee who have commissioned projects to produce a common front for countries to adopt.

“Nigeria has been involved in various work-streams under the OECD project and had articulated its position on the technical work towards the goal of producing a common front for countries. However, our concerns on potential negative revenue returns that the rule designs would have for developing countries were unaddressed, Nigeria abstained from committing to the rules at this time.” He stated.

He explained that the webinar was therefore to educate the general public on the modalities and impact of the statement released by the OECD Inclusive Framework on the 8th of October 2021 and to provide a broad picture on why Nigeria abstained from signing.

The webinar which was a special edition of the FIRS Taxpayer Engagement Series was hosted by Mr. Olufemi Olarinde, Technical Assistant (Tax Policy) to the Executive Chairman FIRS, while technical papers where delivered by Mr. Mathew Gbonjubola, Mr. Temitayo Orebajo, Mr. Kehinde Kajesomo, Mr, Emmanuel Eze and Ms. Aisha Isa, all staff of the FIRS.

Explaining in details, Mr. Mathew Gbonjubola, the Group Lead Special Tax Operations Group, and Nigeria’s representative at the OECD Inclusive Framework highlighted that despite the expected outcome that both Pillars will increase Global Corporate Income Tax by as much as $150 Billion per annum, with attendant favourable environment for investment and economic growth, there were serious concerns that the pillars did not address negative revenue outcome for Nigeria and other developing countries.

“Another issue was that the economic impact assessment that was carried out on Pillar 1 and 2 were founded on an unreliable premise. The country-specific impact assessment that was done was top-down. Somebody just looked at the GDP of Nigeria, and says Nigeria’s GDP is this much and then they should be able to buy this number of shoes and things like that. And you and I know, in that kind of postulation, the margin of error is usually very wide. That exactly was what happened with this. Particularly for Nigeria, when we ran the numbers it was way off the figures that the OECD gave us.

On the specific concerns raised by Nigeria, Mr. Gbonjubola, who led Nigeria’s team on the Inclusive Framework negotiations, explained that while the whole project started out to find solutions to the challenges of a digitalised economy the outcome was completely different.

He went further to note that the statement by the OECD Inclusive Framework required all parties to remove all Digital Service Taxes and other relevant similar measures with respect to companies taxation and to commit not to introduce such measures in the future.

He further explained that Nigeria is unable to implement the mandatory binding resolution on arbitration because of constitutional limitations as to tax dispute resolution.

He also stated that for Nigeria, “Pillar 2 is not a deal breaker because Nigeria could work with Pillar 2. “We have a few issues with Pillar 2 but we could live with them but because Pillar 1 and 2 are a single package, since we are rejecting Pillar 1, we can’t take on Pillar 2”.

“Under the inclusive framework rule you either accept both Pillars or you reject both Pillars. You cannot pick one to the exclusion of the other. And since Nigeria is not able to join one of the pillars, it means we are out of both Pillars.”

Mr. Gbonjubola also stated that Nigeria does not see any additional revenue coming to by way of Pillar 2, though he added that it could act as a behaviour modifier for policy makers to take another look at the various tax incentives and tax waivers we have in our tax laws and begin to restructure them in other to ensure that we are not deliberately throwing away revenue.

“Nigeria could not sign up to the statement of the inclusive framework because it did not address the concerns that we had expressed as a country and it also did not take cognisance of issues around developing countries, which will make those outcomes not to provide additional revenue, and if any, very little, and at very significant cost.”

He further stated that Nigeria, which had participated in all the meetings of the working groups would continue to participate in the design of all technical notes and model rules, and would agree to the Pillars if its expressed concerns are addressed.

“And finally, just like the Honourable Minister of Finance said a couple of months ago, Nigeria would continue to participate in the inclusive framework activities particularly the design of all the technical notes and the model rules, and then, if and only if, the concerns we have expressed are addressed, then Nigeria still has the chance to join up and to sign up. But if not, we will leave that to our policy makers to decide going forward”